How are you doing?

I’ve received several emails, comments, facebook messages, and “tweets” proclaiming that many of you have started making your bed, stocking your freezer, tracking your finances, donating your unused stuff, and better managing your time!!

I’m also really excited for today’s goal because it’s has been on my goals list FOREVER…and while I have made some progress over the years, I’m not ready to take it off my list.

Goal #6: Establish a System for Pictures:

Pictures are a huge issue when it comes to clutter control. I know, because nearly EVERY client I’ve ever worked with asks me how to better manage their pictures. I see how much stress their “picture clutter” causes them and I don’t want that in my life. However, I’ve taken the opposite extreme and rarely take any pictures at all.

Our lack of pictures is due to several factors:

For all these reasons, I’ve simply stopped taking pictures.

Don’t believe me?? Let me elaborate!

Dave and I got married in June of 2006 and we had professional pictures taken. 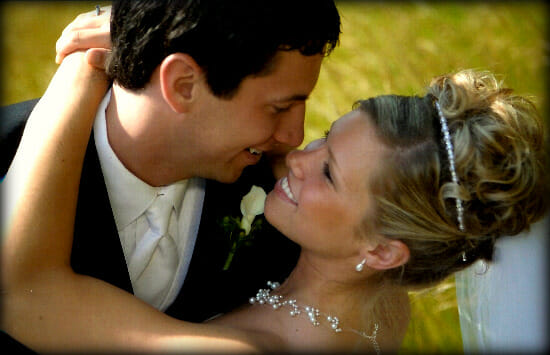 Then, this past fall Dave’s family decided to have family pictures taken, so we got our picture professional taken again. 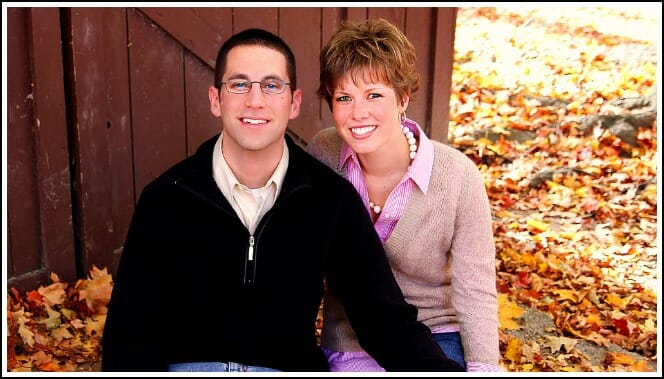 However, in the 4.5 years between these 2 pictures, we probably have less than 15 pictures of us! {Nope, I’m not exaggerating!} You can see a few of those pictures here, but the rest are just on my computer! I haven’t even printed them off. I do take other pictures of scenery and our new house…but just not of us.

This summer, I blogged about how I scanned in ALL my childhood pictures and created digital {and printed} photo albums using Blurb. I’d like to continue this process with the pictures from our wedding until now…but I hardly have any pictures to use.

So, my 6th goal for 2011 is not only to start taking MORE pictures, but also to figure out a really simple, organized way to get those pictures into a photo album {probably using Blurb again}.

Currently, when I take pictures, I edit them with Picnik and save them to an external hard drive. I have a folder for every year, and “sub-folders” for every month. Then they just sit there…waiting! So I’m open to suggestions 🙂

What methods do you use to organize your photos?