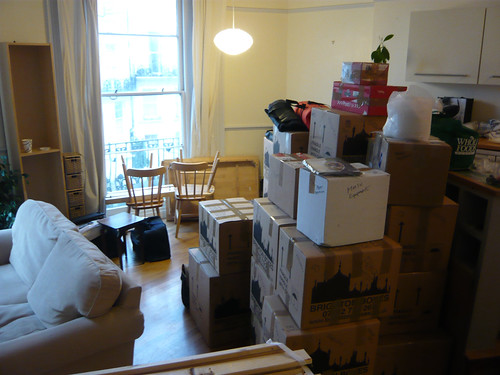 I’ve gotten lots of questions lately about what to do with all the stuff kids leave behind when they go off to college, when they get married, when they move abroad, or when they move into a tiny apartment and can’t take all their stuff.

It’s funny, because my parents are dealing with this right now.

Both my sisters got married this summer and they still have SOOOOO much stuff at my parent’s house. And honestly, I still have a few things left at their house too 🙂

In all fairness, the only things I left behind are a collection of Precious Moments my mom got us and wanted to keep, and all my sports trophies/plaques which I don’t really want but my mom didn’t want me to throw them out.

My sisters on the other hand… they still have some cleaning out to do! 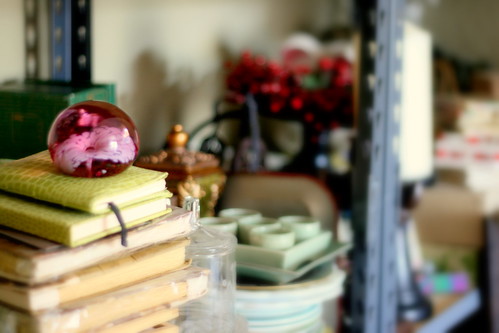 I know many of you are in a similar situation — your kids are moved out but their stuff is still parked at your house. You want your space back, but you love your kids and you know that either they don’t have the space to store these items, they don’t live close enough to go through the items, or they just don’t have the time.

Whatever the case, it’s not fair for you to have to deal with THEIR clutter in YOUR house for years and years.

If you are getting frustrated with your out-of-the-house children’s clutter, here are a few ideas you might want to try:

1. Make sure your kids actually want their stuff.

If your kids no longer want the items, simply bring them to a local thrift store and your problem is solved (if only everything in life was so quick and easy!)

2. Ask them to store their stuff at their own house.

Since I’m assuming they won’t let you give/throw everything away, it’s only natural to assume that they would (or at least should) be willing to store most of the stuff at their own home/appartment.

Obviously this is not always possible, but you won’t know until you ask.

Often times, they might not even realize everything they’re still storing at your house, so by making it clear that you really don’t want to keep their stuff in your house (and showing them how much stuff they still have at your house) they might be more willing to clear their clutter from your house.

Disclaimer: I do realize that #1 and #2 are overly simplistic and might not work, but you’d be surprised how many organizing clients I’ve worked with who have begrudged their children’s clutter for years but never once actually asked their kids to move it out.

3. Give them a deadline to move their stuff.

If asking nicely doesn’t work, it’s time to get down to business 🙂

If your children really DO want to keep their items (and they have the means to store these items) then I’d suggest giving them a deadline as to when the items need to be moved from your house. Also, make it clear what you plan on doing with their times if they don’t comply with your deadline (donate them, give them to another sibling, have a yard sale, etc)

Be reasonable — if they just got married or moved out, give them at least a few months to get settled. And if they moved far away, you’ll probably have to wait longer for them find a time to travel home to pick up their items.

You might also be able to speed the process along by renting a U-Haul, letting them use your vehicle, or even packing everything yourself and bringing it to them. 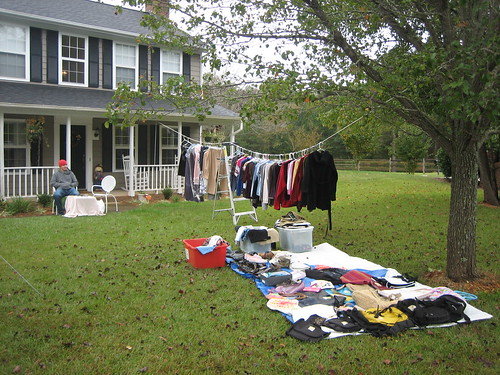 4. Sell their stuff and split the profits.

Often times, college graduates or newlyweds prefer cash to almost anything. So if your kids are still unwilling and/or unable to move their belonging out of your house, offer to sell their stuff on Craigslist, Ebay, or at a yard sale and give them 50% – 80% of the profit.

Yes, this will take a bit of time on your part, but you’ll clear the clutter from your house, make some money for your kids, and make a little extra spending money for yourself.

5. Store their stuff in a remote location.

OK, so I’m actually not fully “on board” with this last option, because I’m usually against paying for a storage unit to store things you don’t even use.

However, if you really want/need your space back, your kids truly don’t have the space or ability to store the items, and they don’t want to get rid / sell the items, your only other option is to find a remote location to store their stuff — either a storage unit, a friend’s barn, etc.

If storing their items will cost money, I’d highly recommend asking your kids to pay for at least part of that fee — otherwise I’m certain they’ll be content to keep that storage unit for a very long time! 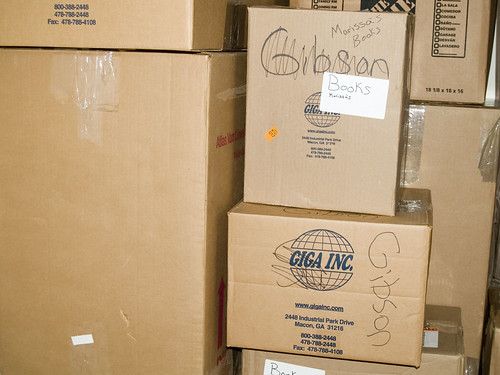 I do realized that several of these suggestions are “easier said than done” — especially if your kids are living in a small apartment and honestly don’t have the space. However, if you’re serious about reclaiming your space, it will take a bit of effort and persistance on your part.

But it will be worth it once you have your house back!

On the other hand, if you have the space and don’t mind storing their stuff — you get a “parents of the year” award!

Do you have any other tips or suggestions for empty nesters with a house full of their children’s clutter?