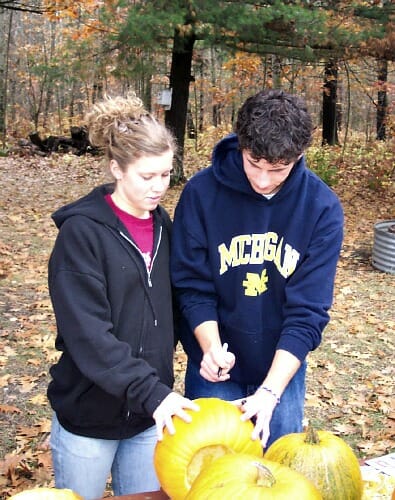 Eight years ago today, Dave and I went on our very first date.

I was only 19, but after that first date, I told my mom he was “the one”. I don’t think she fully believed me, but 8 months later, we were engaged.

We were both in college when we started dating, so many of our dates consisted of getting ice cream or going to a college sporting event and then hanging out at his college house with his roommates and their girlfriends.

On these “dates” I noticed that he always had an ironing board set up in his room — and that he actually used it to iron. I thought maybe he was just trying to impress me… but it turns out he just really likes nicely ironed clothing!

Eight years later, he still irons several times a week… which means I never, ever iron 🙂

See, Dave really IS perfect for me!

{as cheesy as this picture is, he really was ironing his shirt before we left the house!} 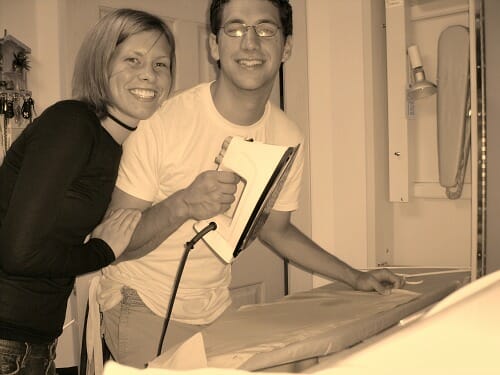 Dave picked out the iron he wanted when we registered for wedding gifts, and he’s been faithfully using that iron for the past 6 years… until a couple months ago when Hamilton Beach sent us their brand new Durathon Digital Iron. 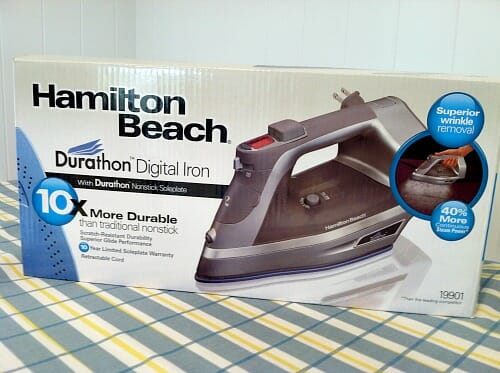 When we took the iron out of the box, I was immediately thrilled that it had a self-winding cord — which means the cord won’t always be falling all over the place.

And after Dave used it a few times, I asked him what some of his favorite features were.

Here’s what he said:

Oh, and if you’re wondering what my favorite feature of the iron is… 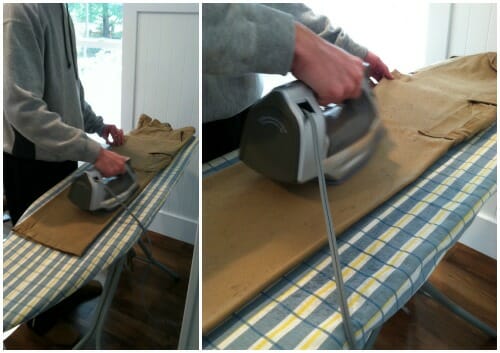 Seriously though, this iron is SO much nicer than our old iron. I was almost tempted to ask Dave to let me try it out… but then I realized that I shouldn’t risk ruining a good thing.

I’ll just let him enjoy the new iron and all its fun bells and whistles. 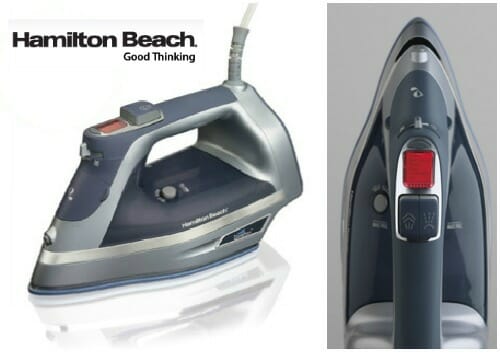 If you’re in the market for a reasonably priced iron that delivers quality results (and has a self-winding cord!!) I’d definitely encourage you to check out the new Durathon Digital Iron.

Unfortunately, Dave does not come with the iron 🙂

Thanks to Hamilton Beach for the fabulous new iron… and thanks to Dave for always doing all the ironing around our house!