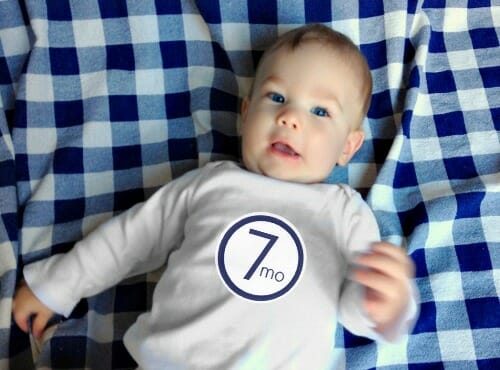 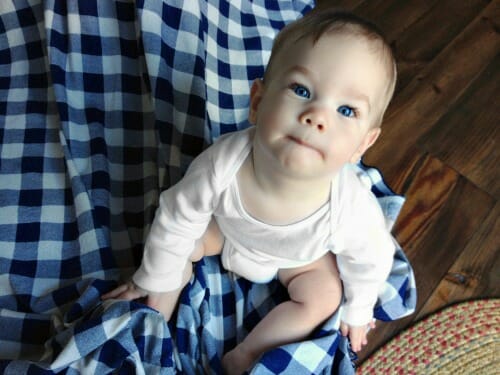 He has been a little fussier lately (probably due to teething) but over-all, still a pretty happy baby. 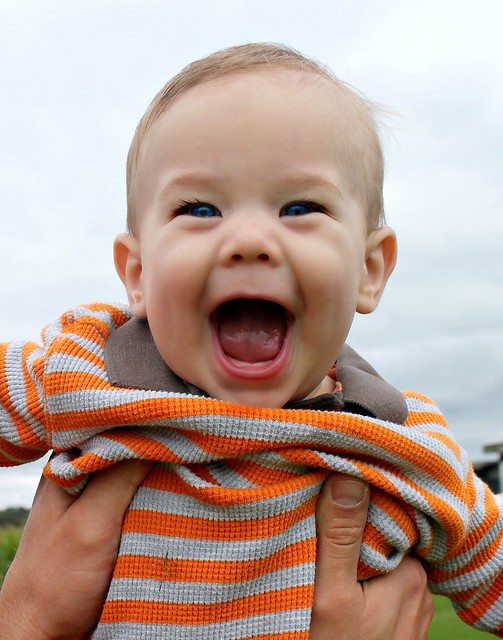 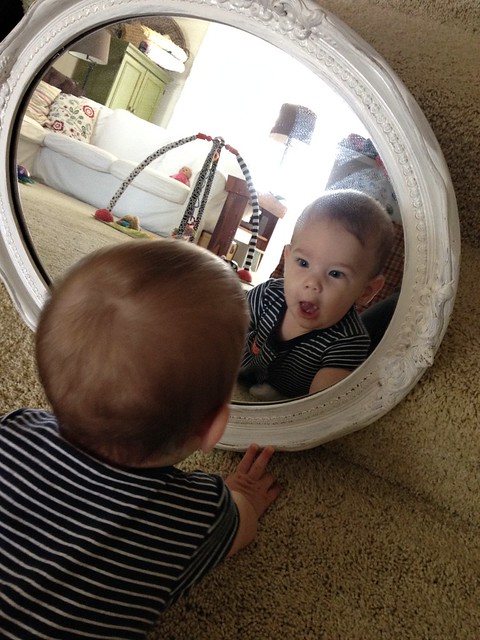 7 months is when Nora stopped sleeping in her crib completely. She would cry and cry until she threw up EVERY time we put her in her crib. We finally gave in and let her sleep in her carseat for 3 months until we transitioned her into a twin bed at 10 months (yes, you read that right!)

So the other day, when Simon was being fussy and not wanting to nap in his crib, I had just a tiny bit of anxiety wondering, “what if he does the same thing?” But I highly doubt that will happen as he seems to really love his crib. 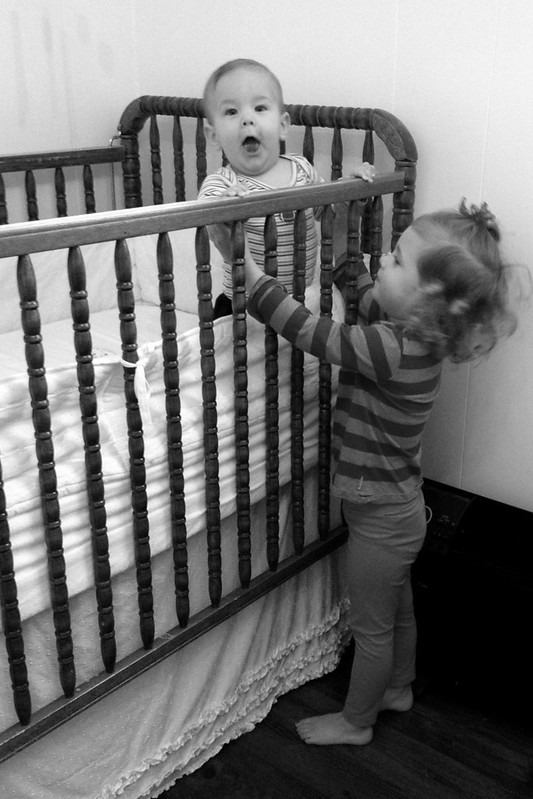 In last month’s post, I mentioned that he was SOOOO close to crawling and would probably start any day… and I was right. His army crawling / scootching turned into full-out crawling less then a week after that post. 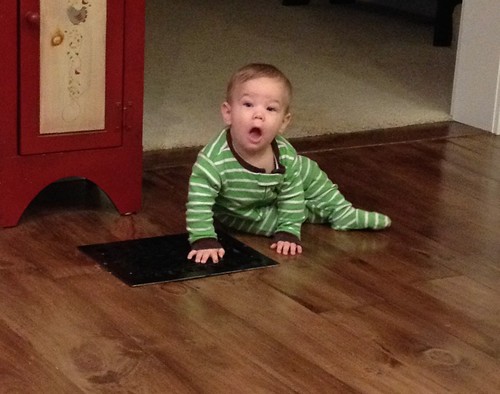 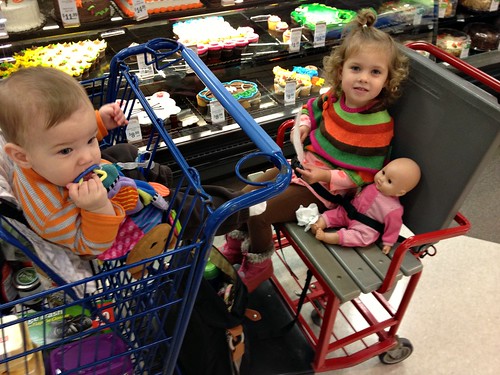 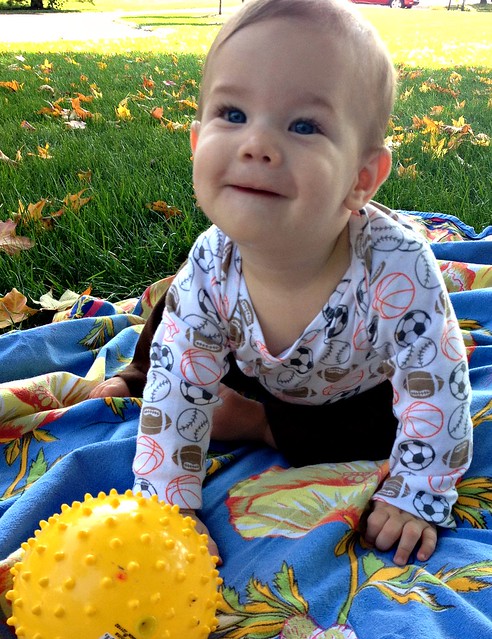 His hair is getting long in the front (totally opposite of Nora’s crazy baby mullet) and I’m just itching to give him a big boy hair cut! 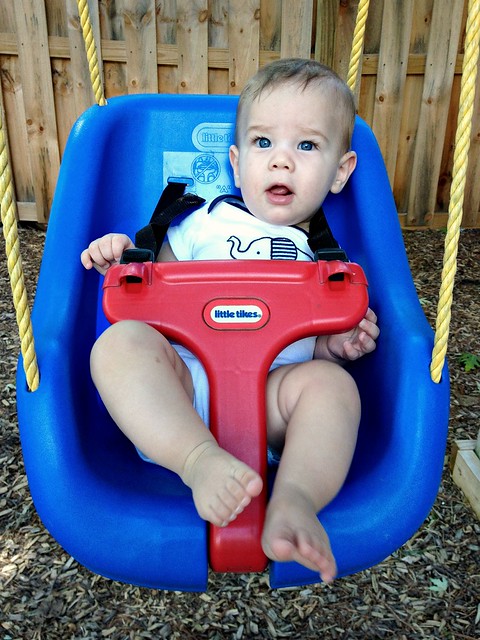 Since he can crawl and sit, he is getting into Nora’s things ALL the time. She has actually handled it relatively well — but it also didn’t take her long before she figured out how to keep things away from him (at least until he can climb the stairs!) 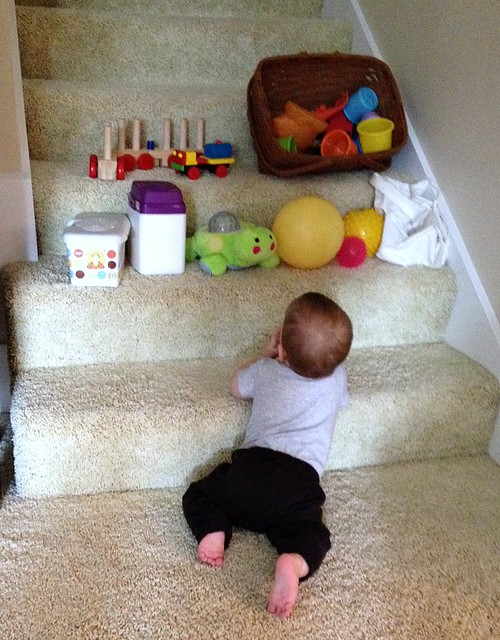 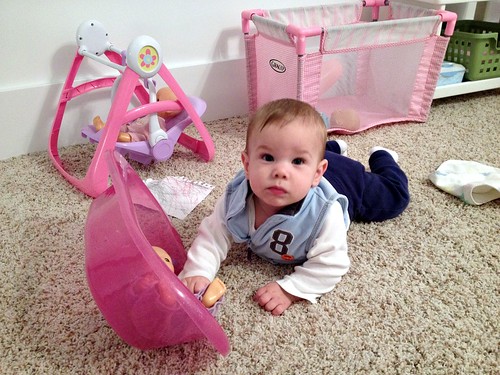 Simon loves people, he loves being outside, he loves his big sister (especially her curly hair), and he loves his mom and dad. It’s extremely easy to get him to smile and laugh… and at other times, he’s so quiet we almost forget he’s around! 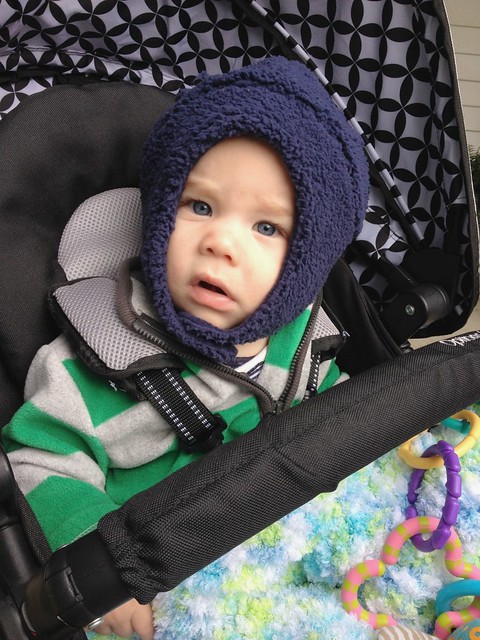 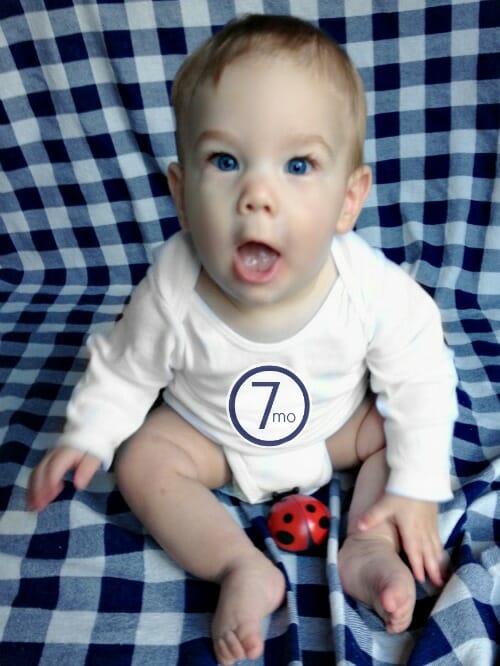