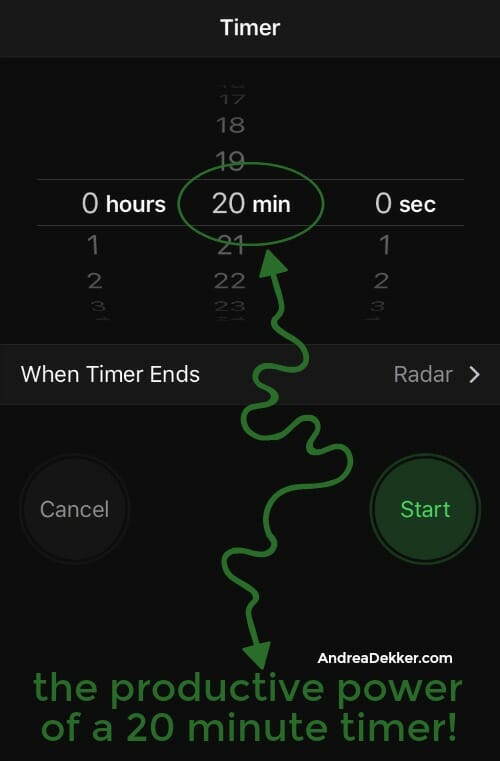 Growing up, my sisters and I would often use TV commercials as our time to quickly tackle the list of chores my mom gave us….

One person would stay in the living room while the others ran to do part or all of a chore, and the person in the living room would shout out when the show returned. We’d watch the next 10-15 minutes of our show, and then race off to finish the chore we started earlier, or move onto the next thing during the next commercial break. 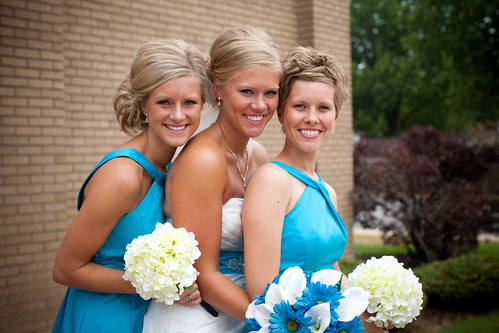 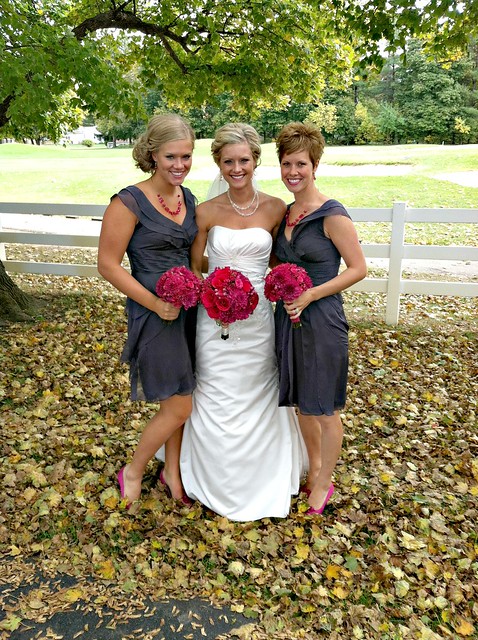 Now that we’re all “grown up”, I don’t watch all that much TV anymore; and even when I do, it’s Netflix, so there are no commercials!

HOWEVER, simply setting the timer on my phone gives me the same sort of motivation and accountability to move quickly and do as much as I can WITHOUT getting side-tracked by all the other things I could be doing.

It might sound silly, but if you’ve tried it, you know that timers work!

Since Day 1 of my blog (and my organizing business) I have preached the benefits of setting timers for various tasks and activities throughout the day. Not only are timers a great little motivator (at least for those of us with a competitive streak!) they are also fantastic reminders for anyone who tends to be easily side-tracked.

Want to work on organizing part of your closet, but don’t have all day? Set the timer for 20 minutes, then pack up and move onto the the next thing when the buzzer goes of.

Want to work on a craft, hobby, photo project, but don’t want it to consume your afternoon? Set the timer for 20 minutes… if you’re really rolling along, set it for another 20 minutes. Then pack up and move onto to the next item on your to-do list.

Want to read a book, rest your eyes for a few minutes, or just scroll through social media? Set the timer for 20 minutes and then force yourself to move on when the timer goes off.

Want to (or need to) clean your bathrooms, but you probably don’t have time to clean them all? Set a timer for 20 minutes and see how quickly you can clean. Focus on the sinks, counters, and toilets and leave the rest for another day.

Want to run into the mall (or your favorite shop) to look at a few things, but don’t want to neglect the rest of your to-dos? Set your timer (maybe a little more than 20 minutes!) and vow to leave when it buzzes.

I fully understand how frustrating it might be for you to move onto something else without completely finishing what you were working on — but it really is the better alternative in so many situations.

More often than not, it will take significantly longer than you anticipated to COMPLETELY finish whatever you were working on… which means you’ll end up way behind on everything else you wanted to accomplish that day… which means you’ll stay up too late… which means you’ll be tired the next day… and you’ll probably end up vowing never to do  _____________ again because it “took too much time” and ruined your productivity for the rest of the day.

In reality, YOU LET IT TAKE TOO MUCH OF YOUR TIME!

Yes, I know that’s a very vague example… but I’ve seen similar situations so many times as I worked with past clients to help them better organize their home and structure their schedule.

I’m not saying a timer will work in every situation (I know it won’t) but more often than not, my timer has proven itself as an invaluable productivity-boosting tool.

So grab your phone, set your timer, get to work, and then MOVE ON to the next thing!