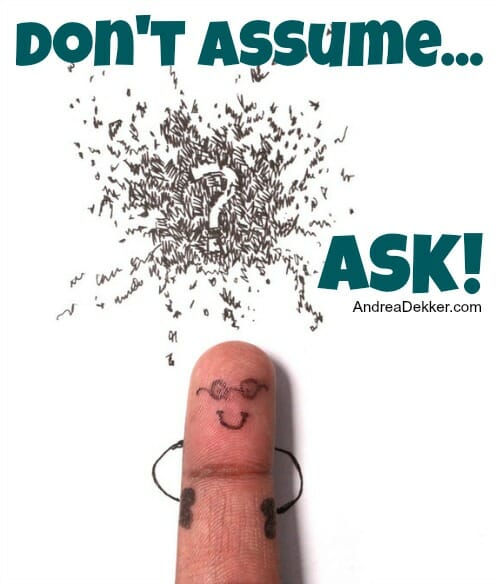 Today I’m sharing one of the most often overlooked “secrets” of a less-stressed, less-chaotic, happier life.

I know that’s a pretty bold statement… but it’s true in so many ways.

And it’s SO SIMPLE!

To start off, I’d like you to stop and consider the last time you were frustrated about something.

Now consider… when you were in that frustrating situation, would it have been possible to ASK for a change to take place? And if that change was granted, would it have alleviated at least some of your frustration?

Let me give you a few real-life examples from my own life.

I needed to buy strawberries for a fruit salad a few weeks ago, but (after trying 3 different grocery stores) I couldn’t find any. I realize this is a horrible time of year to be looking for “fresh” strawberries, but it was completely crazy that no stores had strawberries in stock.

I found out later there had been a major supply issue for our area and all the strawberries showed up moldy and gross.

Anyway, at the 3rd store, I saw a manager walking around and calmly voiced my frustration. Then I asked if he would be willing to give me a good deal on raspberries instead.

He immediately agreed and said I could have my requested BuyOneGetOne free price for the raspberries — yippee!

By simply ASKING, I got (almost) exactly what I wanted and completely alleviated my frustration.

As many of you know, I almost never step foot into the mall and I almost never pay for any clothing brand new. However, I really like the super hi-waist jeans from American Eagle, and they had several pairs of jeans on clearance about a month ago. I found the exact size I needed for only $19 and they fit perfectly.

The only “problem” was that the jeans were much darker than I anticipated (almost black) when they arrived at my house. I wanted to keep my amazing deal, but there were no other clearance jeans online in my size. So I reluctantly went to the mall with the 3 younger kids and asked if they could do anything for me.

Without much hesitation at all, the employee pulled a similar pair of NON-CLEARANCE jeans off the rack and said she would do an even exchange! So, I got a $59 pair of lighter jeans that fit me perfectly for the amazing clearance price of $19!!!!

Hotel Without an Elevator:

Over spring break, Dave and I took the kids to a local hotel for one night. When we got there, we were given a room on the 2nd floor… which we were fine with, until we realized they didn’t have an elevator.

As you know, even 1 night with 4 children requires a handful of bags — not to mention Clara was currently sleeping in her carseat, which was clipped into the stroller.

I was initially annoyed, thinking about how much of a hassle it would be to lug everything up the steps (and probably wake Clara up in the process). But then I realized, DUH… why don’t I at least ASK for a room on the first floor.

Within 5 minutes, we had keys to a room on the first floor and we were good to go — frustration gone!

We don’t really have our kids do many “chores” besides picking up their things and put away their clothing… however, even that can be a struggle some days (can anyone relate!)

A while back, I got mad at Nora for leaving something out several times… to which she responded “you know mom, you could have just asked me to put it away.”

Sigh… all day, I had simply been assuming she knew that item was something she should put away — and maybe she DID know. However, I also realized if I had just asked her right away, I most likely wouldn’t have felt frustrated all afternoon, and I certainly wouldn’t have gotten mad at her later in the day.

My First Marriage Lesson with Dave:

When Dave and I were first married, I was in awe of how he could walk past an overflowing trash can all day long without ever realizing that he should probably take the trash out. Or the fact that he could continually set dirty dishes on the counter because the dishwasher was clean — duh, clean out the dishwasher dude!

There were SO many times when I felt frustrated with him, or grudgingly took the trash out and emptied the dishwasher because he “wouldn’t”. When I finally brought it up to him at one point, he calmly stated, “but you never asked.”

And he was right!

He figured that since I loved doing housework (I really did… and still do most of the time) that I would take care of those household responsibilities. And I assumed that since he had 2 working eyes and lived in our house, he would notice the overflowing trash and the ready-to-be-cleaned out dishwasher and just do it himself.

Now, almost 12 years later (wow, time flies!), I can confidently tell you that Dave is a HUGE help around the house, and does almost all of it without ever being asked.

However, for many years, he asked me to write a list for him or put a sticky note on the counter any time I wanted him to do something around the house. I felt like his mother, but he told me if I never asked, he wouldn’t notice, and I would continue to be frustrated.

A while back, we had a family party schedule for a day that really didn’t work all that well for Dave and my schedules. I was trying to figure out how we’d get from one place to the next without being late and without an insane amount of needless stress.

Then I got smart and decided to simply ask if we could do that party the following day — and to my surprise, that date change actually worked better for a few other people as well but no one else wanted to ask.

I know we live in a great area for Craigslist deals — however, I cannot even begin to list out the number of times I’ve gotten my items hand-delivered to my doorstep and/or a reduction in price, simply because I asked!

I always make it very clear that I’m 100% fine if the seller says “no” and I’m never pushy or rude (I hate pushy buyers!)

I often just state the fact that I have 4 children in carseats and often I drive over to give them the money first, then they deliver it later that day. It saves me SO much time and hassle, removing all the carseats — and all I had to do was ask.

True Story: we even got our huge swing set delivered for free several years ago!!! 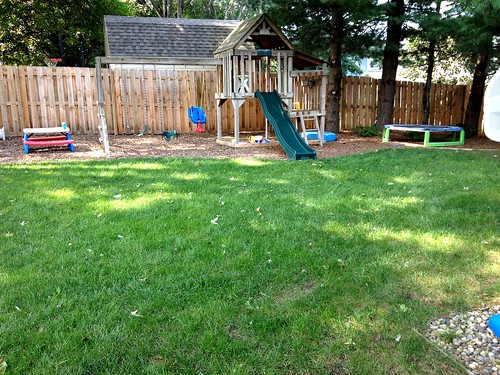 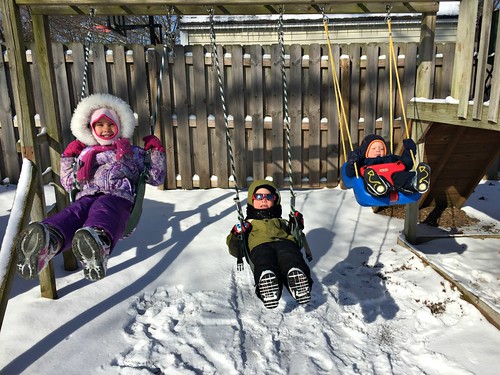 There are SO many more examples I could give, but I think you get the idea.

I can’t tell you how many times someone will tell me, “you’re so lucky” or “you always find the best deals” or “things always seems to work out for you” — and while some of it might just be luck, I have a feeling a lot of it is because I simply ASK.

The next time YOU feel frustrated with a situation, stop and consider if there is any way you could potentially alleviate some of that frustration by simply asking a no-pressure question, favor, request, etc.

Yes, I know it won’t work all the time… but it works more often than you might think!