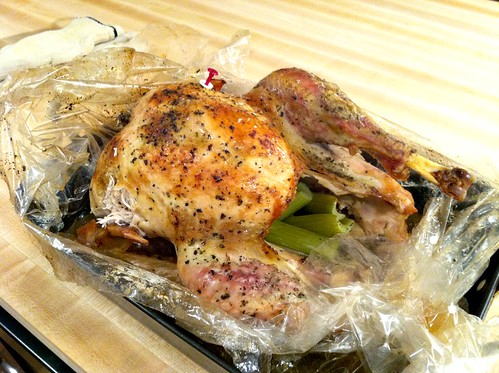 Last weekend, we celebrated my Dad’s birthday, and the only meat I had in the house big enough to feed everyone was a whole turkey. So I defrosted it, roasted it, and hoped there would be lots of left-overs for making soups and casseroles later in the week!

I also made a bunch of extra mashed potatoes to use for my Cheesy Mashed Potato Soup (which I made earlier this week).

To my delight, I was able to pick off about 6 cups of turkey from the bones after everyone had eaten their fill. However, I knew there was still usable meat left on the bones.

So as I was cleaning up the kitchen after dinner, I put the entire turkey carcass and all the bones into my largest stock pot, covered it with water and starting simmering. 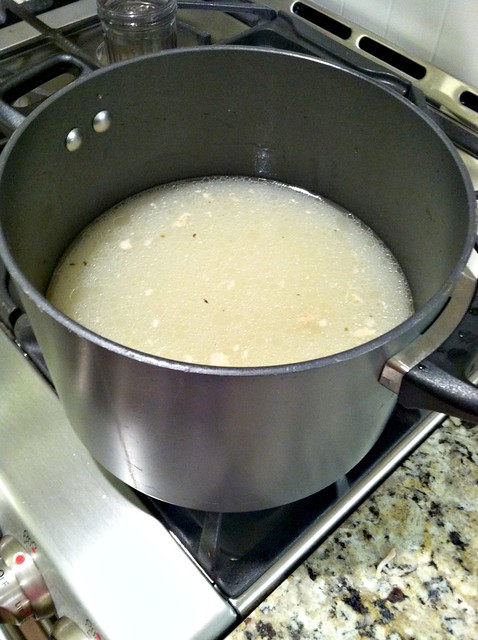 I let the broth cool for another hour and then strained out all the bones.

I was pleasantly surprised to get more than TWO additional cups of turkey (about 8 cups of extra turkey in all!) 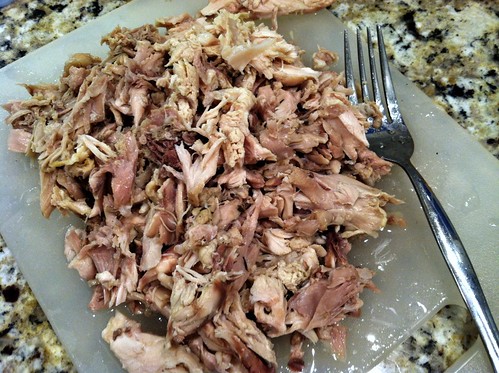 PLUS, I had 12 cups of yummy, homemade turkey broth that I divided up and froze. 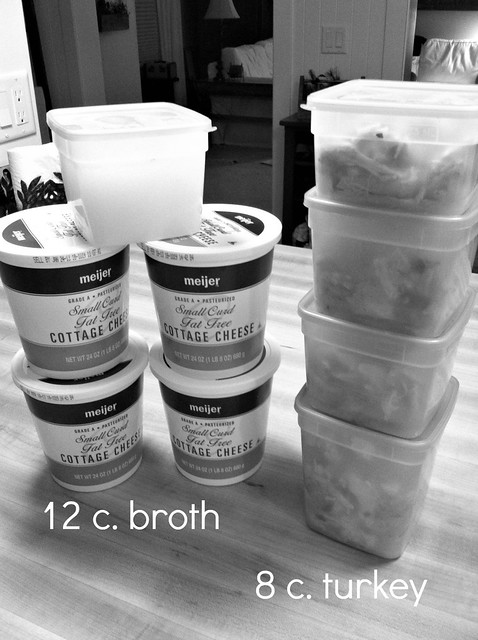 I’ll be able to use this extra shredded turkey and broth for all sorts of recipes over the next couple of months, and the broth alone will save me at least $12.00 (more if I can’t find it on sale).

It only took me about 30 minutes of extra hands-on work to get the turkey off the bone and divided up into freezer containers — I’d say it was well worth my efforts!

So out of my 10.5 pound turkey, I fed 8 hungry adults, ate leftovers for lunch the next day, and still had enough turkey and broth left over to create several additional meals!

Not bad, especially since I got my turkey at the LOW price of $3.50 due to a special Thanksgiving sale + coupons!

Buying turkey and chicken meat as a whole bird is a very frugal way to feed your family and stock your freezer. Even though it may seem like a lot of time up-front, it’s not always “hands-on” time… plus, you end up with food for your freezer, which will save you so much time in the long run.

Do you have any other tips for making the most out of a whole turkey or chicken?