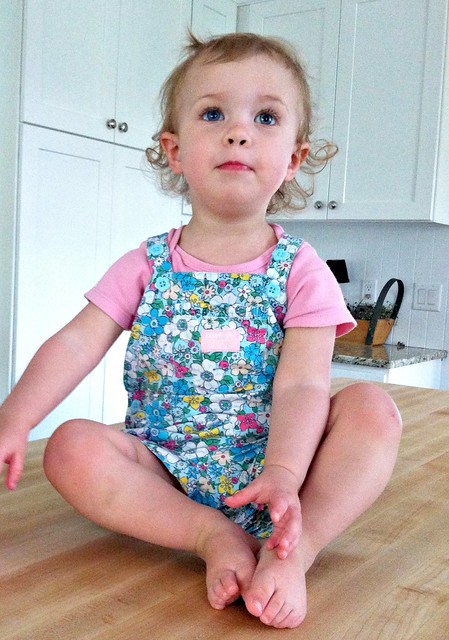 I like half birthdays… probably because I always had to celebrate my half birthday for school functions since my real birthday was during summer break.

There are SO many things I could share about Nora since her 15 month update — I’m not even sure where to begin. Yes, she has grown inches and gained pounds, but it’s simply amazing how much she has learned these past 3 months.

She’s a little girl now — and I love it! 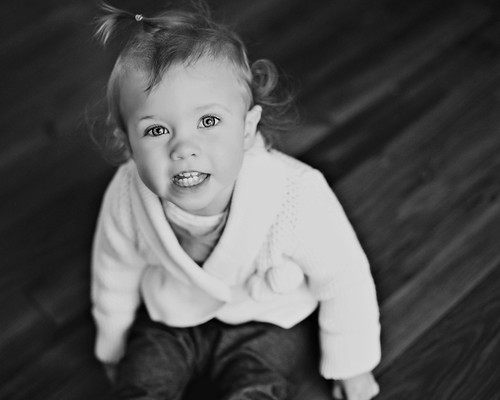 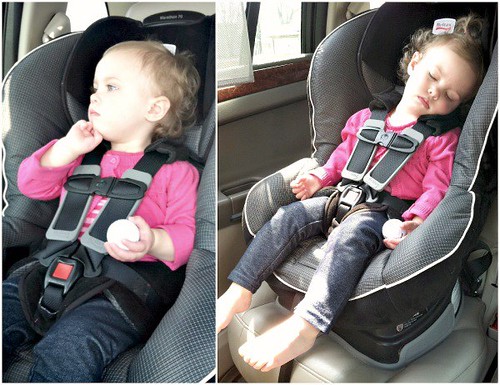 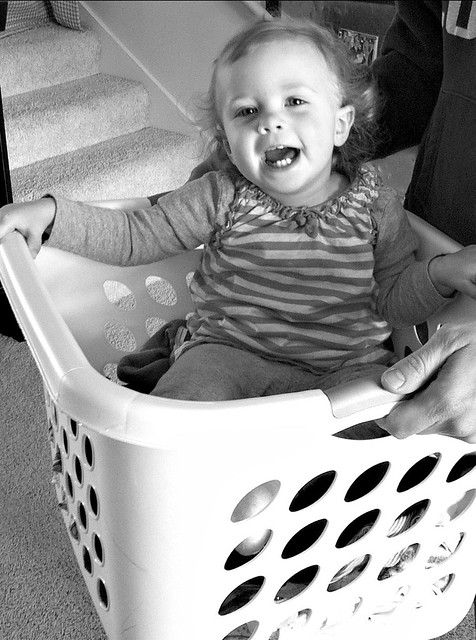 I think “spunk” is a weird word — but it’s the best word I can think of to describe Nora right now. She’s a crazy cat and she’s “all there and then some”. 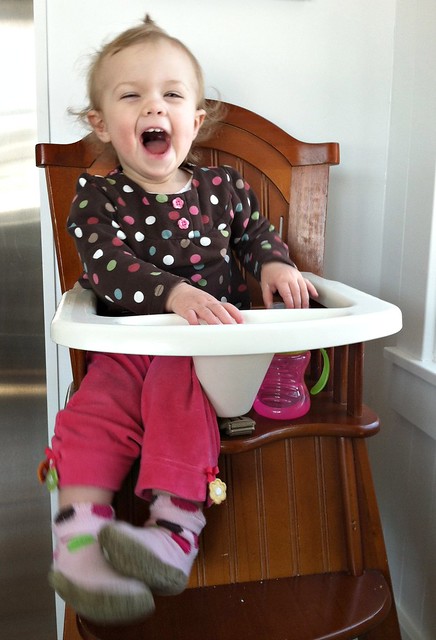 As you know, we’ve had many issues with Nora’s lack of sleep — we’ve met with specialists, therapists, and more — and the baffled responses we get from all of them is that her brain is just going a mile a minute. She’s super smart, she’s super attentive, and she’s super aware of everything going on around her.

Apparently, she just doesn’t need a lot of sleep to recharge, and since her brain is always going, she figures her body might as well be too! 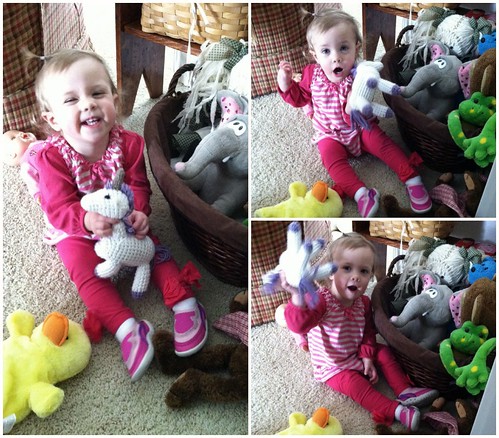 And now that she’s starting to talk more, she feels the need to point out EVERYTHING too. 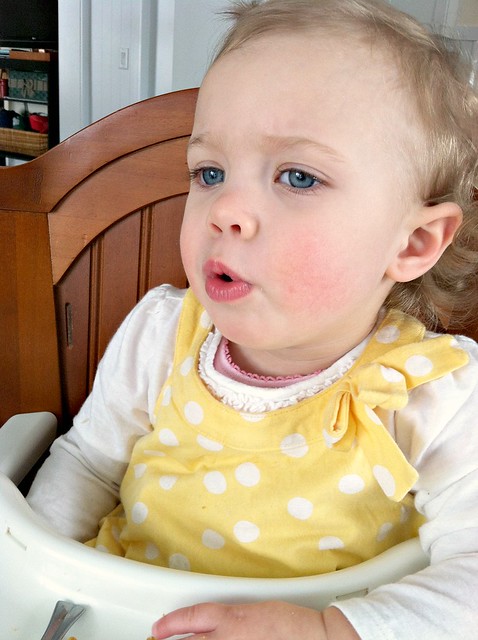 {ooing and ahing over the birds flying past the window}

She’s not saying sentences or anything (won’t that be fun though — I can’t wait to be able to have real conversations with her) but she knows lots of words and a few short phrases.

My personal favorite is: “I did it!” which she excitedly whispers (it’s always a whisper) every time she does tasks like turning on a light switch, climbing to the top of her tree house, turning the iPad on, building tall towers with her blocks, finding the TV remote and changing the channel, or (ahem) flushing the toilet. 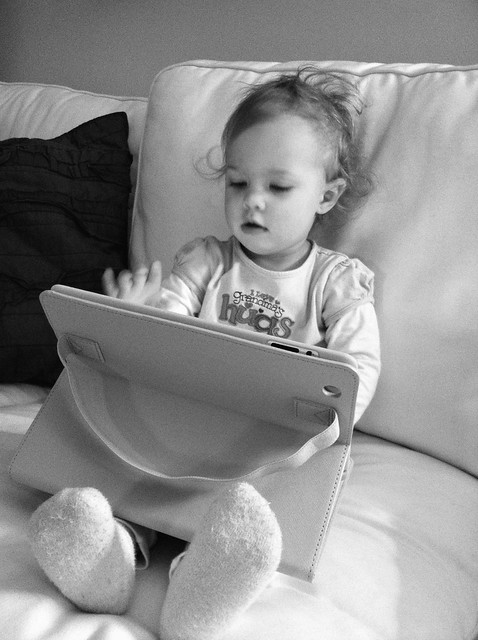 She says “poo poo” every time she poops — which is really convenient. She keeps saying she wants to sit on her potty, but so far, she’s never actually done anything on the potty. I suppose we need to start somewhere though… 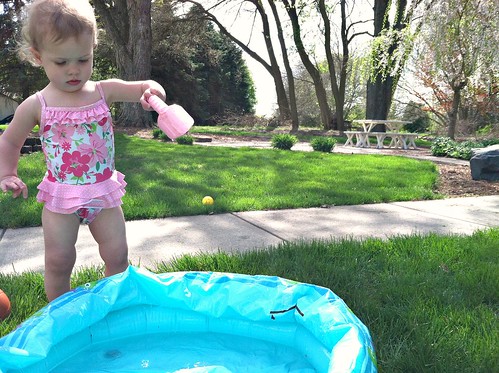 She wants to do everything, and I mean everything, by herself. She puts her hand up (as though to shoo us away) and says “self” any time she doesn’t want us to get involved in her business. 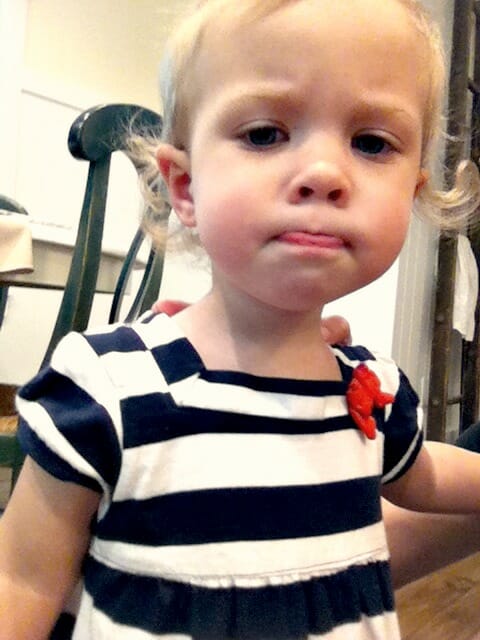 I’m sure you can imagine the mess this makes with anything related to eating (did I mention she absolutely LOVES sticky suckers!) 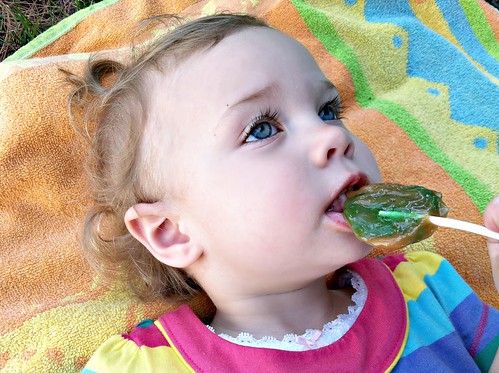 I think she’s going to be the type to ask for forgiveness rather than permission… and she’s so cute that it just might work! 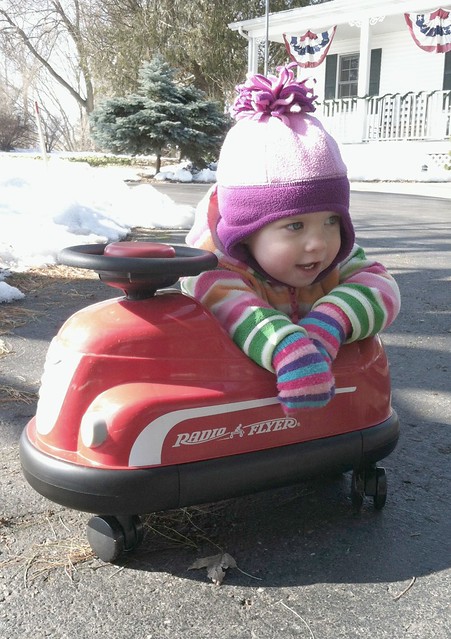 Most of the time, Nora is just crazy, running around, laughing, making noise, etc. but there are also plenty of times when she surprises me with her softer, more nurturing side.

She loves bringing her animals (and puzzle pieces) into her bed to go “nigh-night” or to read books. She also sits them all in a row and shares her snacks and drink with them. So cute! 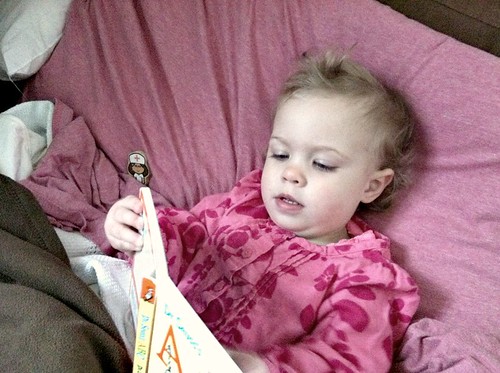 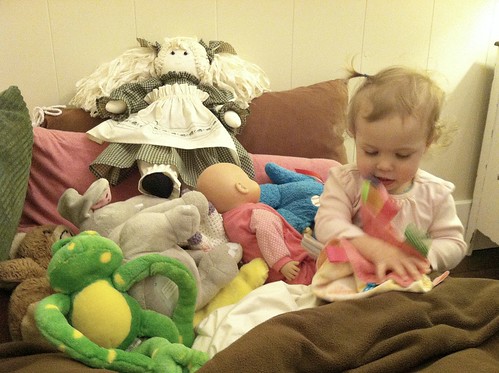 She points out every baby she sees and she carries her doll around like it’s her best friend. She rocks her baby (bebe), feeds her baby, and wraps her baby in blankets. 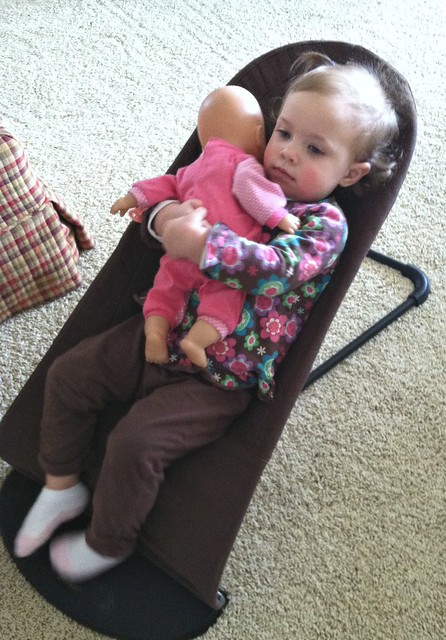 I’m sure she will be a fabulous big sister some day (and no, this is not an announcement — don’t plan on any “announcements” in the near future!)

I know this is totally  normal for toddlers — but it’s also really fun to watch. Everything is so new and interesting to her… and now that she can say a bunch of words, I think she likes exploring even more. 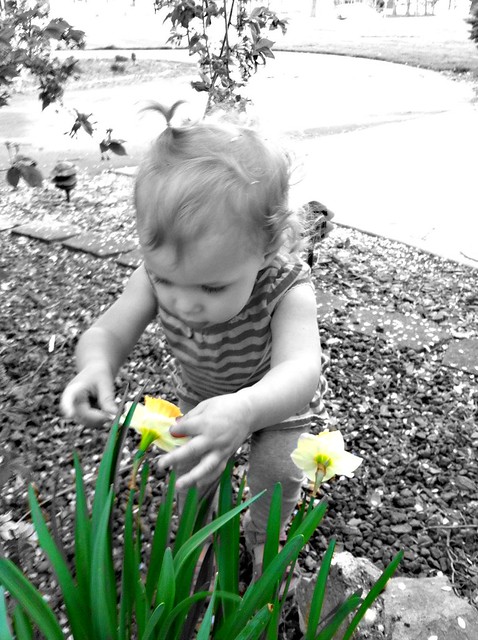 For example, “flower” is one of her new favorite words and every time she sees a flower (in real life, in a picture, or in a book) she gasps, points, and proclaims “flouw” like it’s the most beautiful thing she’s ever seen. 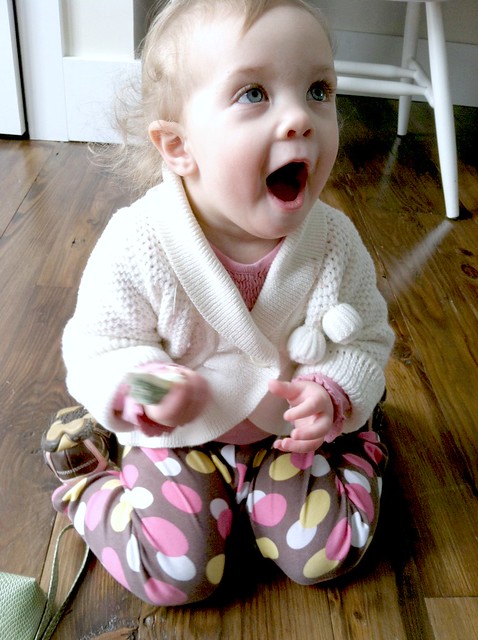 She’s also fascinated by automobiles and has to report back to me every time she sees a car (ca), boat (boo), tractor (trac), or bus (bus).

She’s finally figuring out how to open all our drawers and cabinets (even the ones we have child locks on) so I’ve been trying to keep a close eye on her — which is pretty much impossible. 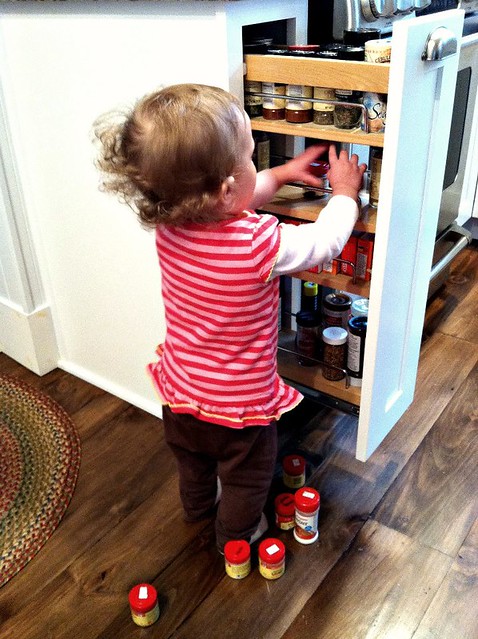 And as I shared on Facebook last week, she’s climbing up on chairs, tables, the back of couches and anything else she find. She finds something new to explore every day — and life with Nora is NEVER boring! 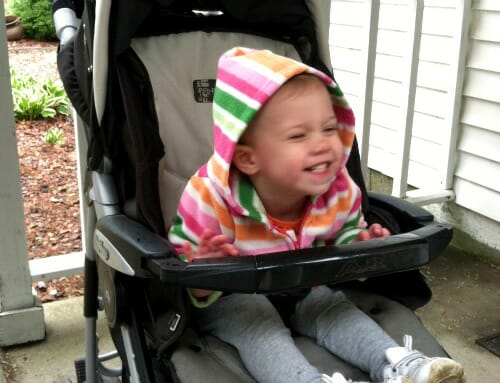