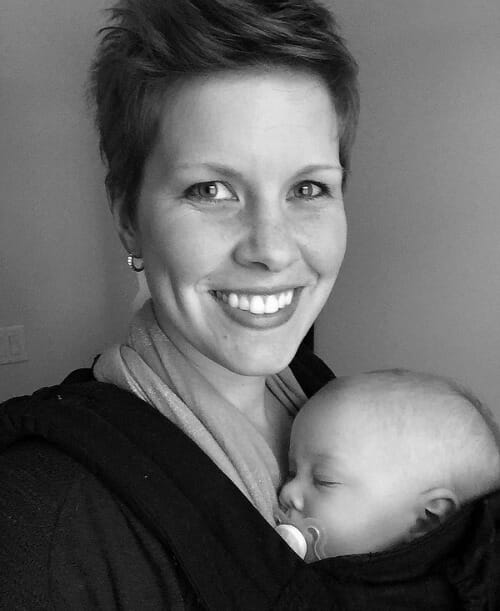 The other day, after a ridiculously long conversation with Nora, filled with lots of “whys?”, I started thinking about all the things I’ve NEVER done.

Obviously, there are hundreds and thousands of random things I’ve never done — skydive, visit every continent, get a tattoo, eat worms, ride in a police car, etc. etc. (can you just imagine this conversation with Nora!)

However, there are also a handful of VERY normal things that I’ve apparently never done… and I thought it might be a fun post to share. I’m sure there are more… but for today, here are 10 very normal things I’ve never done (with a bonus “almost never” thrown in at the end.)

Considering the fact that I would probably have to drive 2-3 hours to even find a Subway station, this might not be that crazy… but even on vacation, I’ve never needed to use the subway (at least not that I can remember).

I’m so thankful that where we live, I can walk to most of the places I need to go (when the weather is nice).

Aside from 2 years in the dorms at college, I’ve never lived in anything but a single-family home. Before college, I lived in my parent’s home, after college, Dave and I got married and bought our first house.

Considering the fact that several of my friends smoked occasionally, I’m pretty amazed that this one makes my list.

I’ve never even had so much as one puff of a cigarette or cigar — although I do love the smell of cigar smoke!

I really never even came close to pulling an all-nighter in high school or college. And even as an adult, the closest I’ve ever come is when Nora was a baby and refused to sleep. I would sit or lay with her nodding off as she squirmed and cried.

As I mentioned above, I’ve basically always lived in a house — either my parent’s house or my own house — so I’ve always had access to “free” laundry.

I did live in the dorms for 2 years of college, but they had free laundry facilities as well.

As far as dry cleaning… I try never to buy anything that needs to be dry cleaned, and even if it does, I just wash it myself!

I still can’t believe that I’ve never used an ATM machine — but I am 100% positive I never have. We use credit cards and gift cards for almost everything we buy and I do much of my shopping online, so I rarely need cash.

My Craigslist purchases are about the only thing I pay cash for — and I go to the bank so often anyway that I’ll just cash a check every now and then instead of depositing it. That way, I always have a little cash at home for a bargain Craigslist find!

Dave was shocked when I told him this last week — but it’s true. I HAVE been inside a porta-potty for Nora, but I have personally never used one. I have gone to the bathroom on an airplane once or twice.

I’m thankful that I can put this on my list of “nevers”… and actually, aside from having my 3 children, I’ve never needed to be hospitalized for anything either.

As some of you might remember, I broke my toe this summer, but besides that I have also NEVER broken or sprained anything before (pretty amazing since I was a 3-sport high-school athlete and a 2-sport college athlete)!

I’ve always thought it would be fun to buy a lotto ticket, but I know how bad the odds are, so I’ve just never done it.

Yes, you read that correctly. I have NEVER EVER had a cup of coffee!

I have had hot chocolate before, and I tried really hard to like tea after we first got married — but in general, I really don’t like hot beverages. Give me a glass of ice water, milk, or Dr. Pepper and I will be a happy camper.

BONUS: I’ve (almost) never missed a day of school for being sick!

I missed the first day of 2nd grade because I was recovering from the Chicken Pox — other than that, I never missed a day of school (preschool through 12th grade) for being sick!

UPDATE
After reading some of the comments, I had to update this post to share that I’ve NEVER read a Harry Potter book or watched any of the Star Wars movies.

So there you have it — possibly more information than you care to know about me, but hopefully a fun post.

Do you have any fun, silly, or unusual “nevers”?