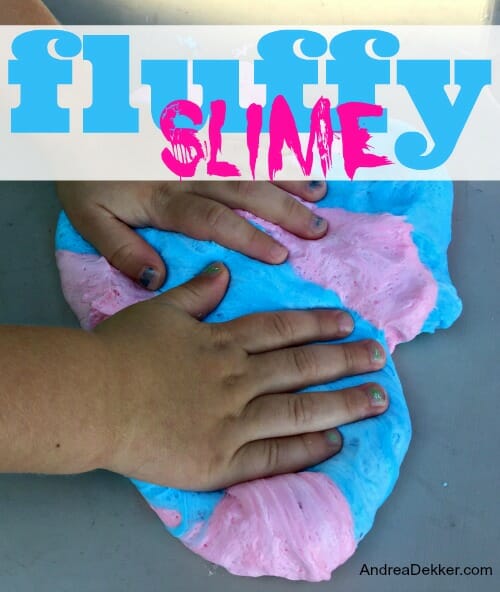 A few years ago, I shared our recipe for homemade Gak.

Since then, we’ve made countless batched of Gak for ourselves and for gifts, and the process of making it is almost as much fun for the kids as actually playing with the finished product. 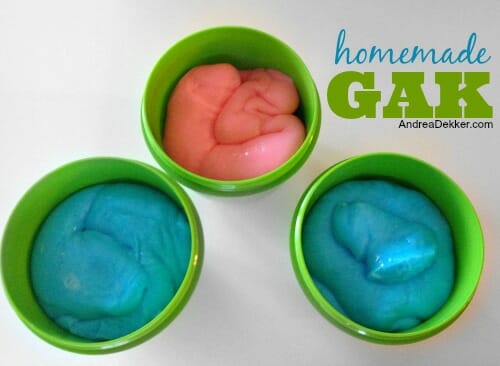 Recently, though, Nora has been obsessed with slime (a.k.a. a grosser, messier version of Gak).

She made some at school this past spring and has been begging to make more at home — however, it’s SO messy, slimy, sticky, etc. that I really didn’t want to make 3 batches of it (and then deal with the mess every time they played with it).

Fortunately, I found a recipe for Fluffy Slime that was fairly quick and simple to make, creates virtually no mess when the kids play with it, and is just “slimy” enough to appease Nora’s desire for slime at home! 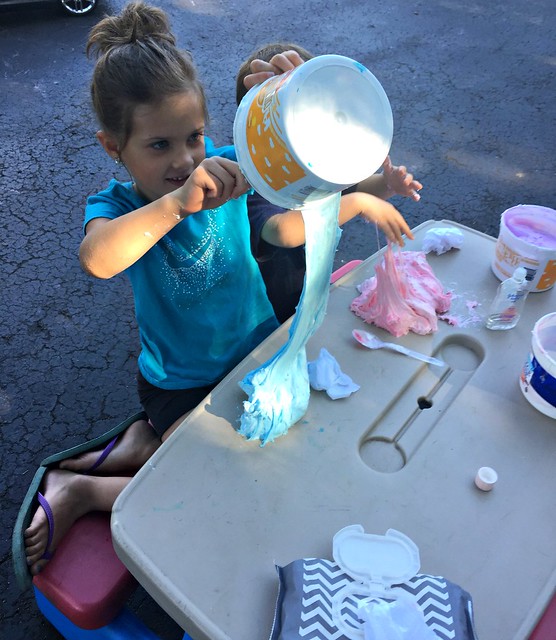 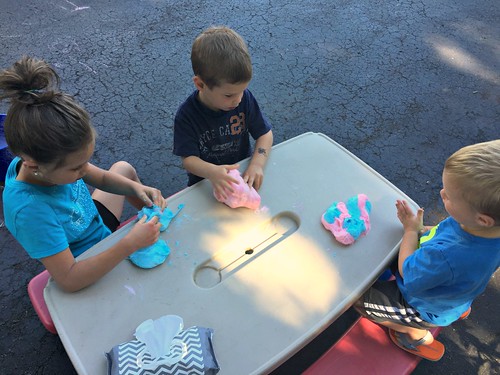 If you’re looking for a fun summer craft project, a cute homemade gift idea, or a new “toy” to entertain your kiddos for a while, this slime should fit the bill! Thankfully, it’s super easy to make! 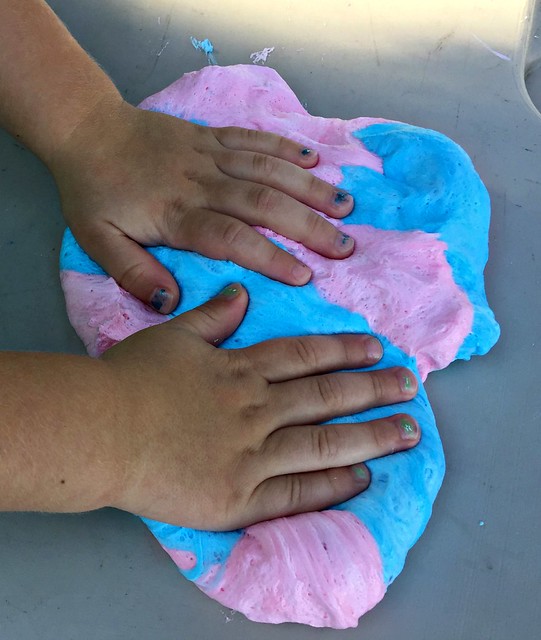 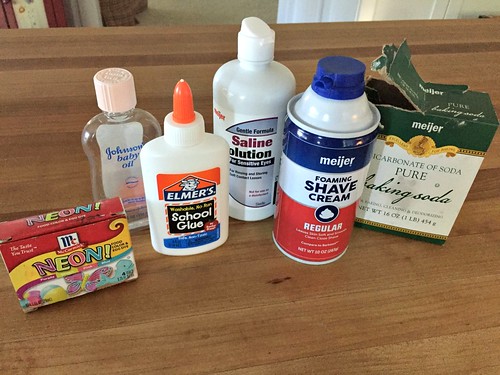 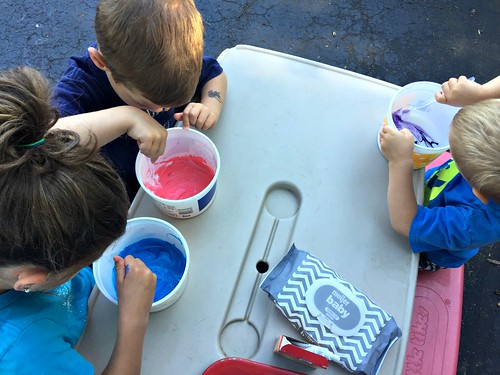 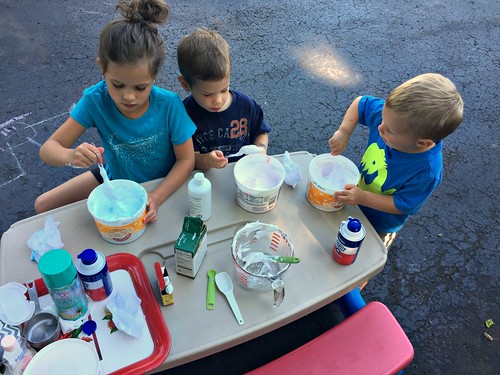 The ONLY messy part is when you need initially dump the slime onto the table (before you add the baby oil). The slime is VERY sticky at that point, but in my experience, everything wipes up VERY easily. 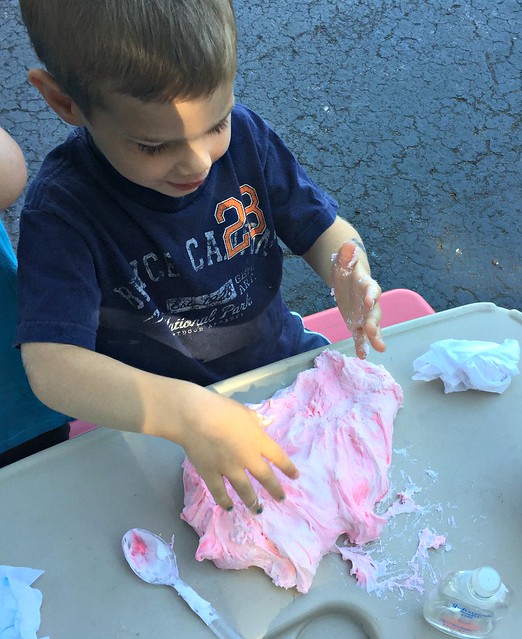 My kids absolutely LOVE playing with slime — and for the record, they do play with it inside too, we just happened to take pictures on a day they were playing with it outside.

I’m certain we’ll be making a few more batches of fluffy slime this summer (especially since glue will be crazy cheap in the upcoming back-to-school sales!)

NOTE: I want to reiterate that Elmer’s School Glue is the ONLY type of glue you’ll want to use. I’ve tried this recipe with other types of glue, just to see what would happen, and it doesn’t work.

Have you ever made fluffy slime?

Do you have any other similar recipes you love?