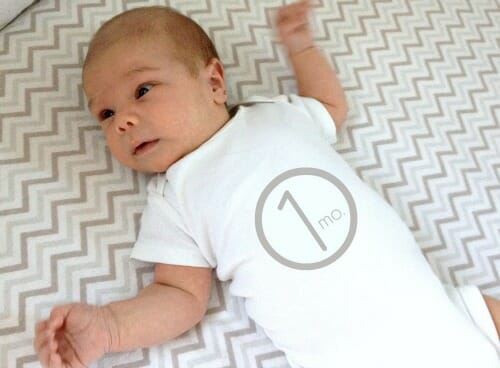 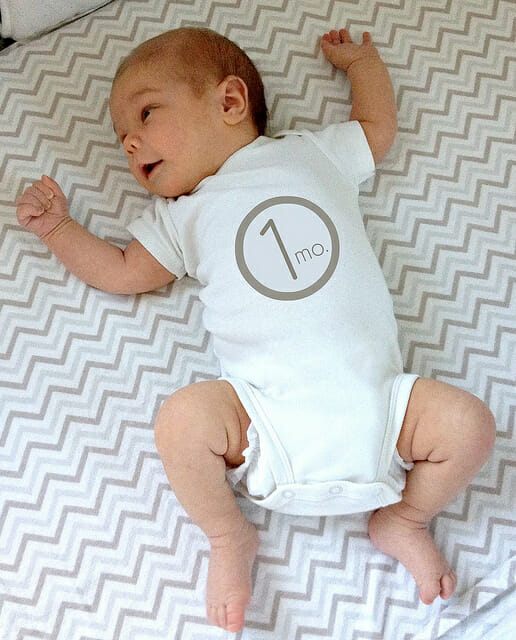 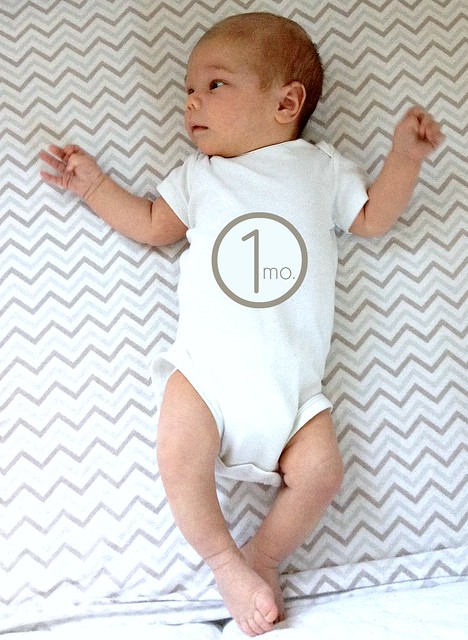 Simon is one month old today 🙂

I’ve already shared Simon’s arrival (right on his due date), the story behind his name, and his birth story… so I don’t have a ton of new information. However, the monthly posts and photos are something I really wanted to continue with Simon… so here we go! 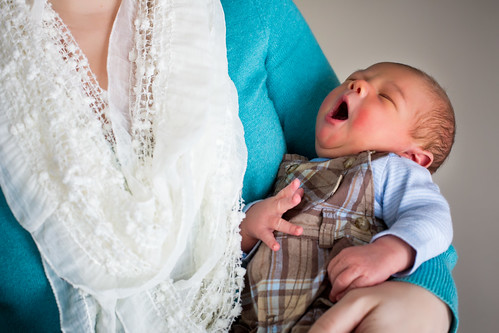 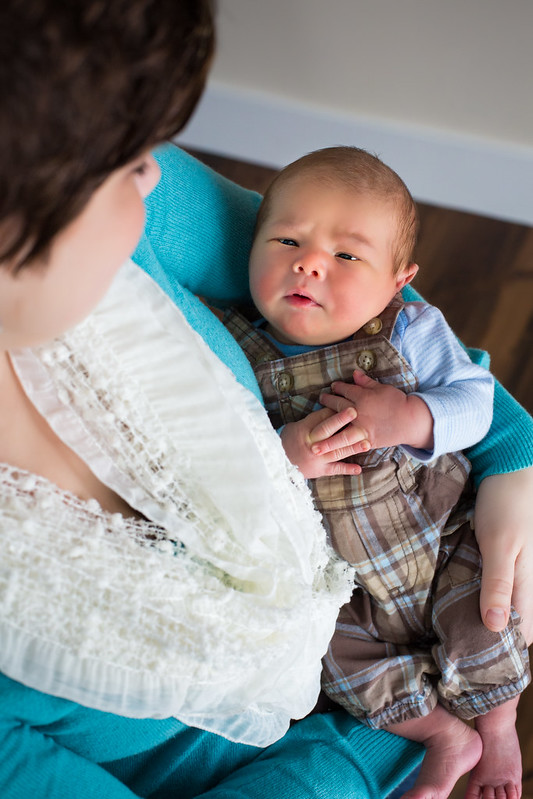 So far, Simon has been much easier than Nora was as an infant — but I’m POSITIVE that at least part of his “easiness” is because I’m so much more confident in my mothering abilities and I’m not second-guessing every decision I make. Yes, he’s easier, but I’m also a “better” mom so I can handle his fussiness.

Does that make sense?

Simon is definitely not what they call an “Angel Baby” but he’s also not nearly as fussy or high-needs as Nora was. He really likes to be held and to snuggle with mom (which is nice) but I’m hoping he warms up to his bouncy seat and swing sometime soon! 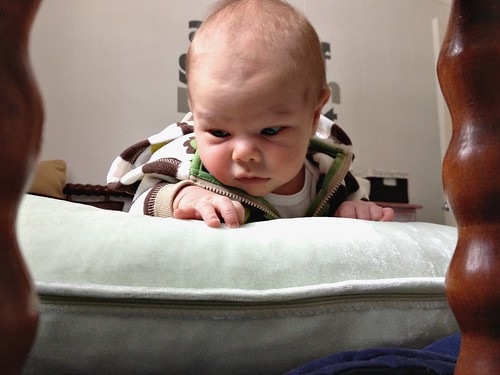 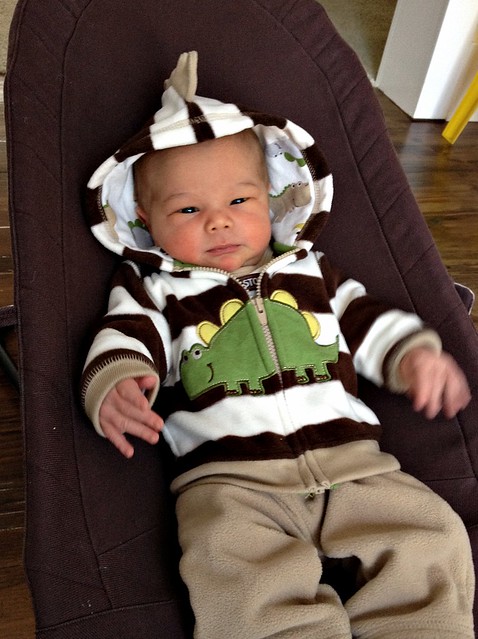 He’s a nursing champ and he loves his pacifier, but we’re still working on getting him to take a bottle well. We WILL keep trying different bottles and techniques because I’m not willing to be his sole source of food for the next year 🙂

He’s also been a pretty good sleeper so far. It only took about 2 days for him to get his days and nights figured out… and while he still wakes up around 3 times each night, he goes right back to sleep after eating. He also goes to bed easily around 8:30 and usually has one 4-5 hour stretch of sleep! 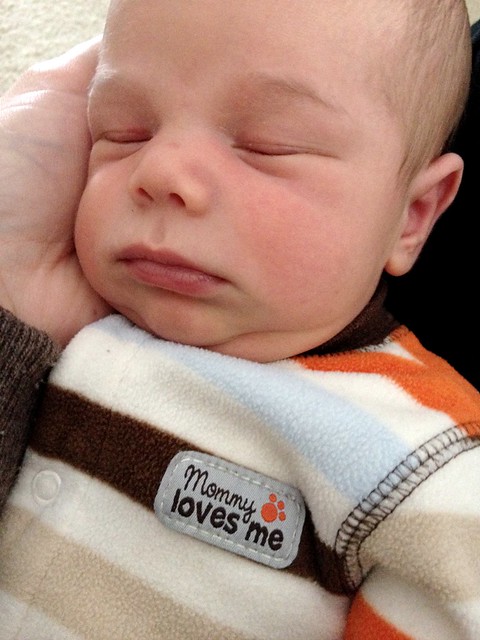 He doesn’t take long naps, but he does take several one-hour naps throughout the day. When I can tell he’s getting fussy and tired, I just put his pacifier in, lay him down, and rub his back for a minute or so until he drifts off to sleep. No hours of rocking and crying and pacing like we had with Nora!!

We’re also still doing lots of couch naps — but that’s mostly because it’s one of the only ways I can get Nora to sleep so we all just hang out on our couch for an hour in the afternoon. 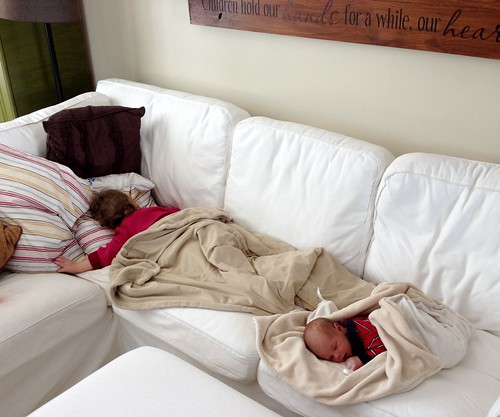 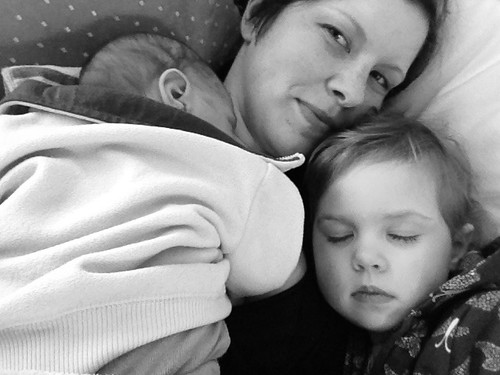 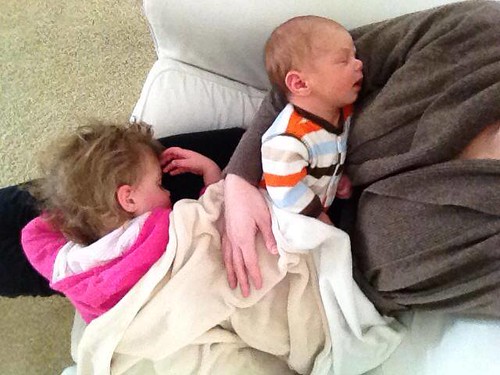 In some ways, it’s been a long month of adjustments and changes… but at the same time, it’s gone really fast.

I’m looking forward to many more moths of sharing his milestones here on the blog — but for now, I’ll just leave you with a few of his “funny face” pictures, as Nora calls them… we’ve even gotten a few smiles lately! 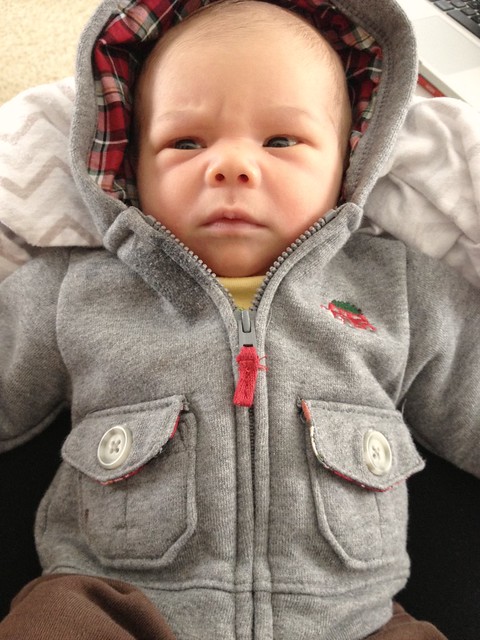 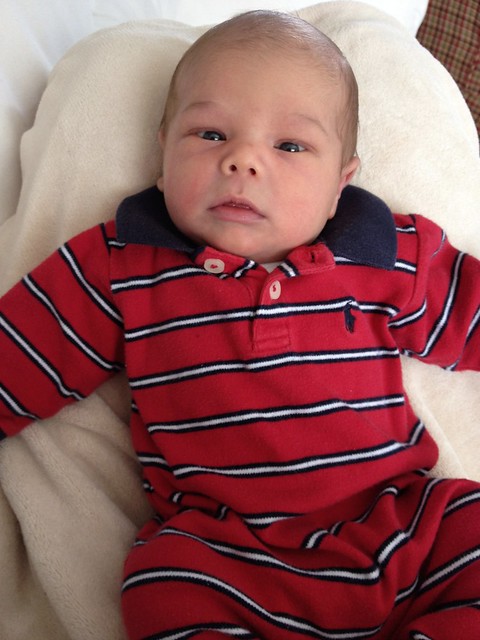 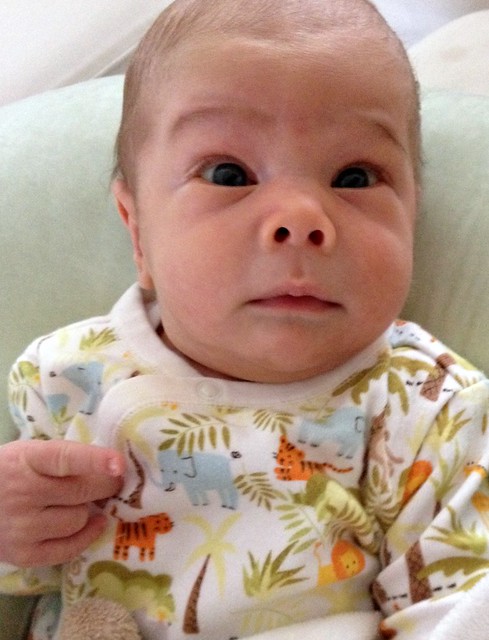 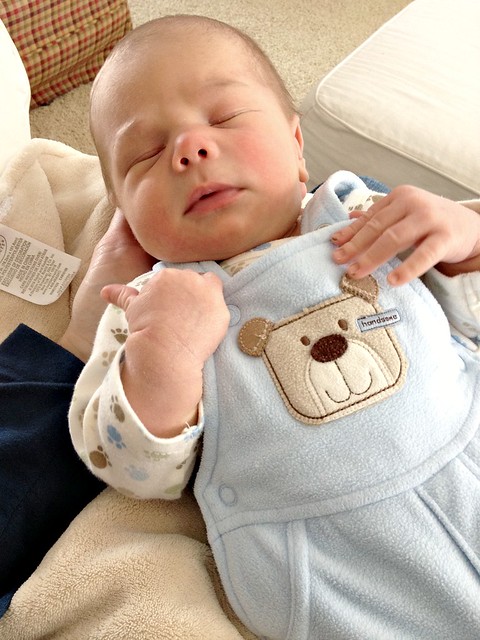 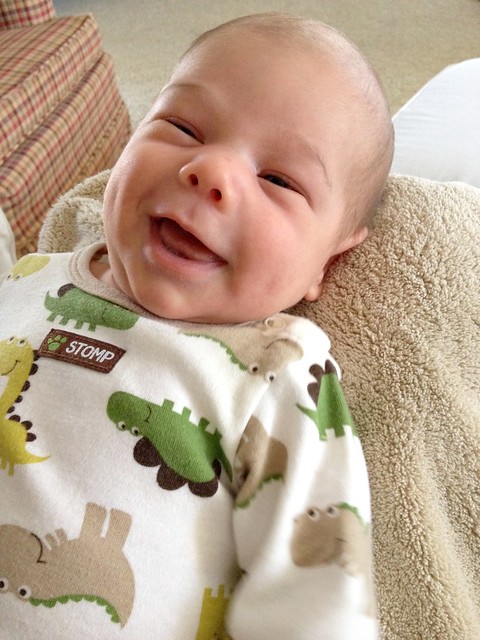