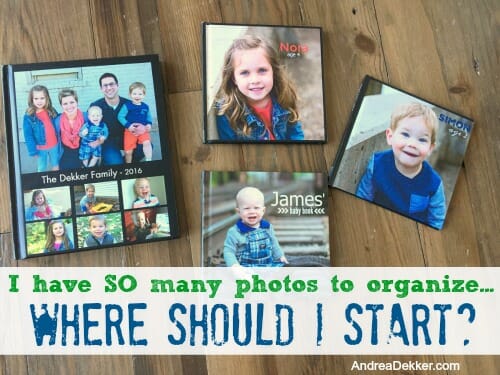 Over the course of my career helping other people get organized, I can confidently say that clothes clutter and paper clutter are the top 2 areas people struggle with.

We tend to be overly sentimental about photos… and want to keep EVERY SINGLE ONE OF THEM.

We want to display them… but we don’t know which ones to display and we don’t have a good system for rotating new photos in.

We want to digitize, backup, and preserve them… but that task just seems way too overwhelming.

We want to get them organized into books so we can actually enjoy them… but wow, where on earth should we start?

Since I often talk about our digital photo books and how I have chosen to organize our photos, it’s not a huge surprise that I get A LOT of questions and emails regarding photo storage and organization.

On average, I get at least 2 or 3 emails a week from women who are completely overwhelmed with the idea of digitizing ALL their photos for the last 30, 40, 50, 60, or even 70 years.

They want to do it all, do it all perfectly, and do it all ASAP… but they have no idea where to start, so they do nothing.

Yup, that DOES sound overwhelming to me! 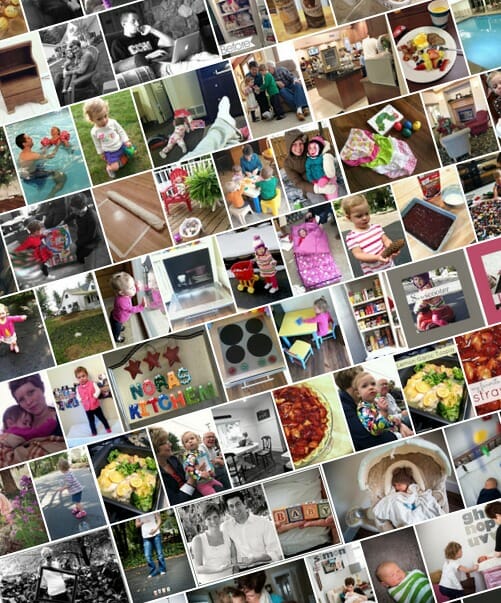 To be perfectly honest, when Dave and I set out to digitize all our childhood pictures (roughly 18-20 years of pictures for both of us) it seemed very VERY overwhelming to me too.

I knew we needed some sort of system to make the process go faster… but I didn’t really know what that process would look like or what would be the most efficient.

We honestly weren’t exactly sure where to start… but we started, and we kept at it until we finished. 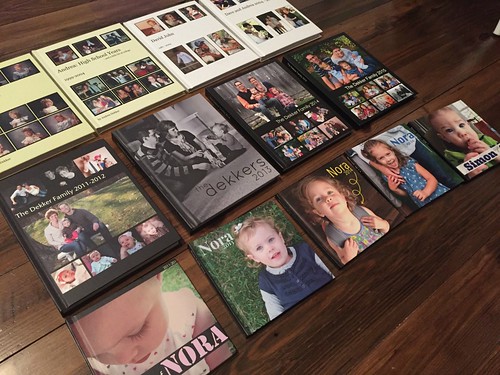 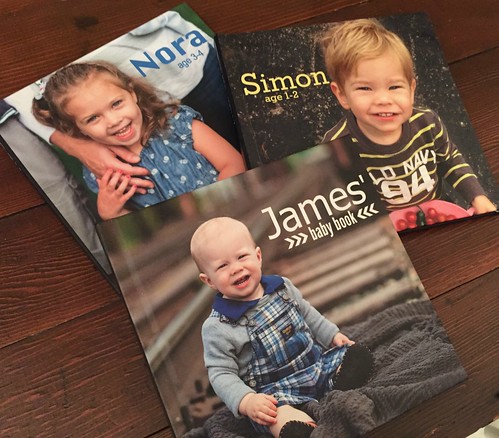 I am confident that the way we digitized and organized our photos 10 years ago is NOT the best way for everyone else to digitize and organize photos today, but since I’m always asked what WE did, I thought I’d share that first…

How WE Digitized and Organized Our Photos:

Dave and I each took our stack of childhood pictures and went through them one-by-one. We pulled out doubles, triples, blurry photos, washed out photos, most photos of scenery, and any photos we just didn’t like or want or know who was in them.

We probably each got rid of at least 30% of our photos by doing this (and yes, we actually threw them in the trash).

Then we quickly put them in chronological order as best as we could (we did NOT take tons of time to do this or worry about getting it perfectly right).

Next, we started the process of scanning the photos into our computer. We literally just labeled the pictures 001, 002, 003, etc. so they stayed in chronological order.

This was a relatively slow process because it was 10 years ago and we didn’t have a very nice scanner. I’m sure it would go MUCH faster with something nicer and newer.

Once the photos were scanned in, I grouped them into a few main categories on our computer:

Once all our photos were scanned in and filed, then I made one digital book for Dave and two digital books for me (I had more photos than he did).

My parents requested that I give my baby pictures back to them (and Dave and I each saved a handful of our most favorite shots) but other than that, we threw out the actual photos.

I realize not everyone would have done that — but in my opinion, the reason we digitized our photos was to reduce the amount of stuff we had to store.

And it felt SO good to pitch all those pictures! 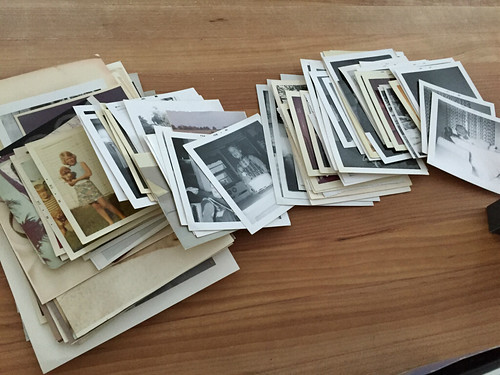 My Advice For Anyone Who Doesn’t Know Where To Start:

If you’d like to finally start getting your photos digitized and better organized — either just as a safety precaution in case your photos are destroyed or to someday create digital photo albums — here is what I would suggest.

Start with THIS YEAR’S photos… and don’t worry about anything else.

I don’t care if you have 20, 30, 40, 50, 60, or more years worth of photos to digitize, you won’t accomplish anything unless you get started, and in my opinion, the most logical place to start is the current year.

You can’t change the fact that your past photos are not organized, but you CAN start getting more organized with this year’s photos. PLUS, by starting now, all the memories will be fresh in your mind so it will be easier and faster to organize them.

Once you get started, you’ll probably notice that you get into a routine or develop a pattern or a system that works well for you. You’ll figure out how you want to divvy up the photos (by year, by month, by event, by person, etc.) and where you want to store them (your computer, a portable hard drive, on Flickr, etc.)

These routines, patterns, and systems will help you work faster and be more efficient… so when you do decide to go back to previous years’ photos, you’ll already know what to do and it won’t seem nearly as overwhelming.

Just because a lot of people digitize their photos, doesn’t mean YOU should. If it’s something you really want to do, then I think you should try my tips in this post. However, if you really don’t care, I don’t think it’s worth stressing or worrying about. My digital photos books are my ONE and ONLY “hobby” right now. I enjoy making them, I have a really great system so it hardly takes me any time, and my kids love looking at them. If you have other hobbies, don’t feel bad that you don’t have your photos organized.

Photos are not as “precious” as they once were. We take hundreds and thousands of pictures every year… unlike my grandparents who only took a handful of pictures over their entire lifetime. They saved EVERY picture because they could. Please do NOT feel bad purging some (or many) of the pictures you have. You should only keep the pictures you love… believe me, it’s very freeing to toss the ones you don’t love!

Remember you can always pay someone else to digitize your photos for you. It’s not cheap, but companies like LegacyBox will do it for you in a matter of weeks and simply send you a USB drive with all your photos on it. We did this for both our parents’ old photos and it was a really slick system. I would highly recommend it if you don’t want to do it yourself. 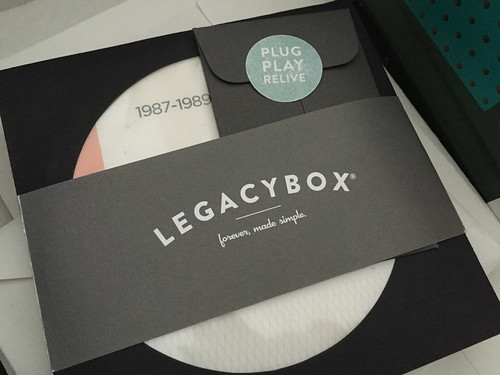 If you’re looking for more information about how we organize our photos, what program we use to print our digital books, or any other photo-related question, you can browse through every post I’ve ever written about photos organization here.

I know my advice to simply “start now” and “start with the current year” might not be the most ingenious advice you’ve ever heard — but I feel very confident it will work.

Push all your overwhelming thoughts and feelings about the photos from past years out of your brain and simply focus on this year’s photos — you might be surprised how quick and easy it is once you actually get going… and once you get going, it might just be hard for you to stop!