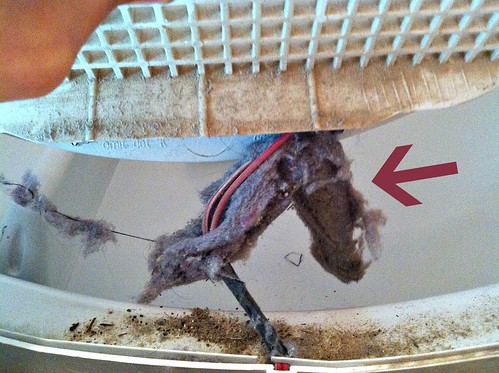 The photo above is of MY lint trap in MY dryer… yes, it had been a while since I completely cleaned it out.

For a long time, I thought that as long as I removed any visible lint from the pull-out lint trap I would be fine — and I faithfully did this after every load of laundry. HOWEVER, when we moved to our current house, the previous owners left a brand new front loading washer/dryer, and I quickly realized that I would need to take a few extra steps if I wanted to keep our dryer mostly lint-free.

I’m not sure if this is an issue with our particular dryer or if all front loading units have the same issue, but as you can see by the images below, it was gross! 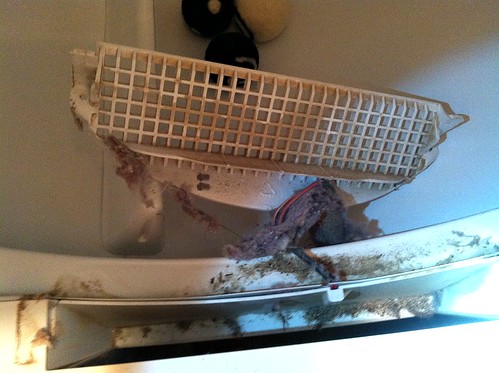 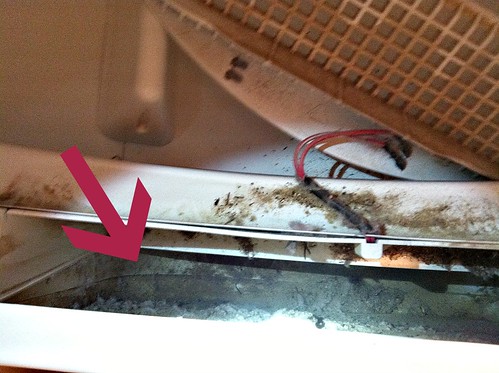 Thankfully, it only takes a couple basic tools and about 10 minutes of time to thoroughly clean out our lint trap — and if you’ve never tried cleaning yours out, you might just want to check it out some time soon.

STEP 1: Pull out the lint catcher.

You can clean this if necessary — mine wasn’t dirty because I clean it off after every load — however, you’ll need to remove this in order to gain access to all the nasty lint (and other junk) down in your dryer vent.

STEP 2: Unscrew the “cover” of the lint trap.

Obviously, not all dryers are the same, but my dryer has 2 small screws that keep the cover to the lint trap on. So all I had to do was unscrew those to get full access to all the gross junk inside. (I couldn’t get a good picture of this because the screws are on the back side)

STEP 3: Vacuum out the lint.

I used the crevasse attachment for my vacuum which easily fit into the small dryer lint slot. I got most of the stuff with the vacuum, but then I squeezed my hand down there with a microfiber cloth to remove the rest. Then I vacuumed again just to suck up anything the cloth might have loosened. 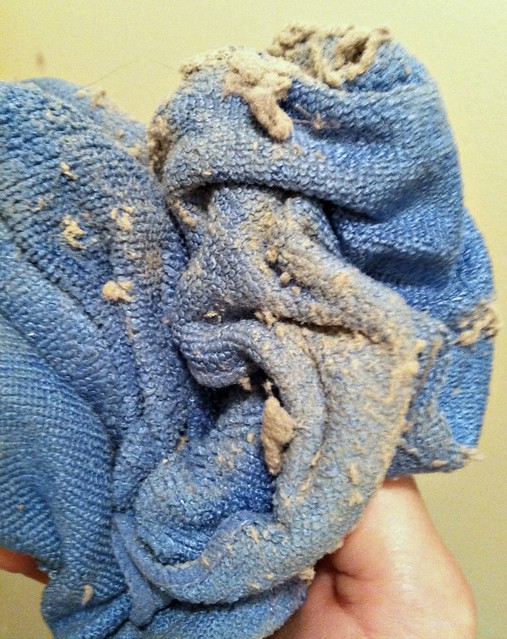 This is the easy part — just make sure you don’t accidentally drop the screws down into the lint opening!

Here are the after pictures — I’d say it was worth 10 minutes of my time! 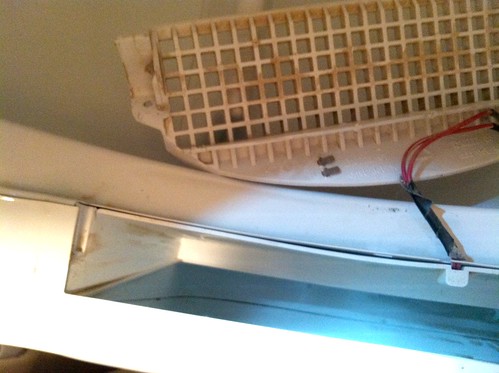 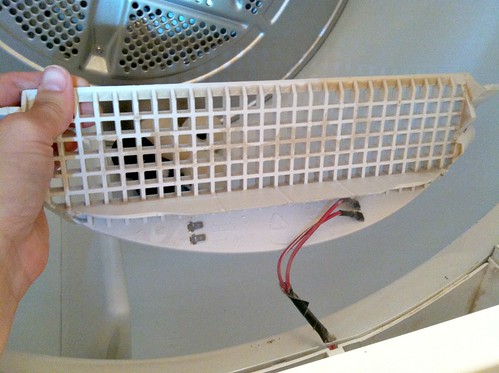 I try to do this every month (or every other when I forget). I’ve heard of a few different stories where dryer lint has actually caused a house fire, so I personally feel it’s important for me to keep our dryer as lint-free as possible.

Do you have dryer lint issues like we do? If so, how do you clean it out?