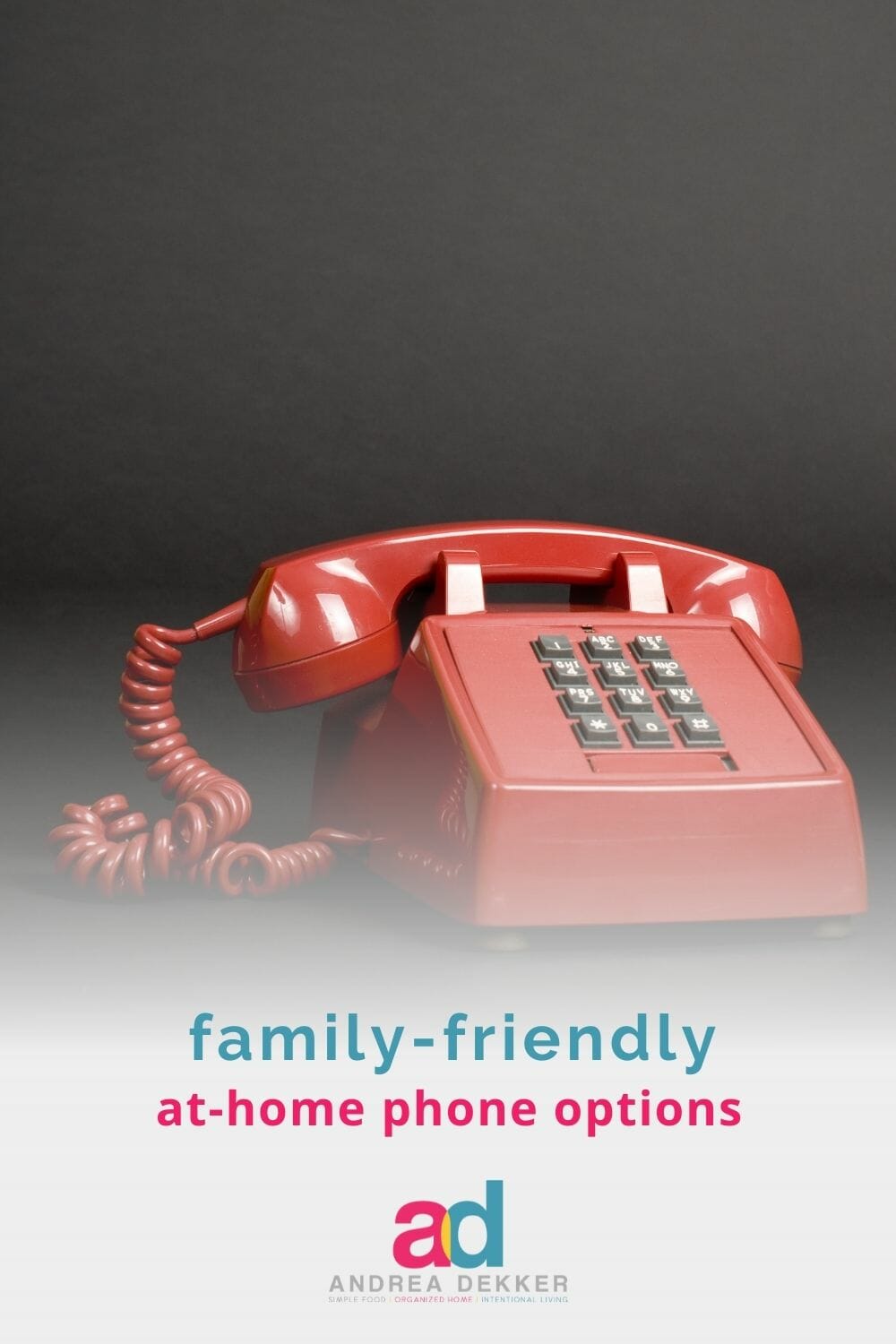 When I started blogging back in 2010, Dave and I didn’t have children, we didn’t have or want smartphones, we didn’t have a landline, and we had just finally splurged on the internet at home (mainly so I could start my blog).

Now, 11 years later, we have a very responsible almost-10-year-old, and the realization that we could actually leave her home alone (or with a sibling or two) if we had a reliable “at-home phone”.

Of course, all 4 kiddos would get a kick out of using an at-home phone to call or text Grandparents, neighbor friends, and cousins.

So… we want to give the kids an “at-home phone” for Christmas.

And by “at-home phone”, I simply mean some type of phone (probably a cell phone) that we leave at home 100% of the time (just one phone — not one for each child.)

We don’t plan to give this number out to church or school or really anyone — just to a select few family members and friends.

Our at-home phone’s primary purposes will be:

I’ve done a bit of online “research” and asked several friends what they use… but many of our friends are in the same boat as us — they are looking for ideas too.

I know many of you are a few years (or decades) ahead of Dave and me, in terms of raising a family, so I’d love to learn about any creative and frugal ideas you have for “at-home phones”.

If you currently use some type of cell phone for a “home phone”, I’d love to learn how you set it up and what you love (or don’t love) about your system… and I know so many others would love to know too.

Please leave a comment below (or simply shoot me an email if you feel more comfortable).

Also, if you have a question about something similar, feel free to leave that in the comments too — you never know who might have the answer you need!

Helpful Articles from the Web:

Whenever we make a decision, I’ll update this blog post and I’ll share it within my email community.

Until then… thanks for any help or suggestions you’re willing to send my way!