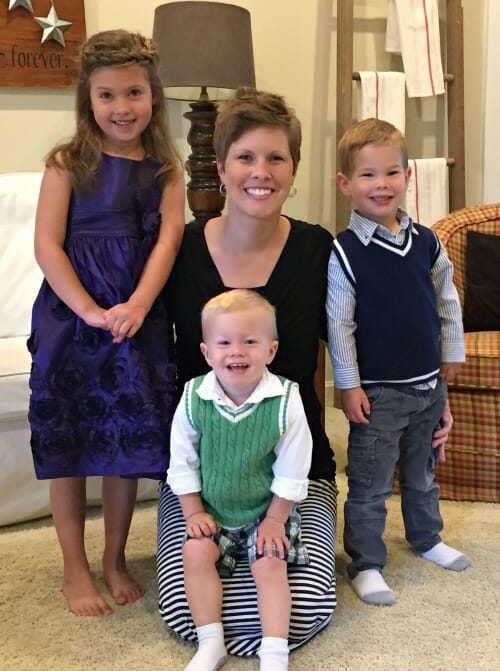 I can tell we’re getting close to the end of the school year because our schedules are becoming more and more full every single day.

Dave has so many meetings, projects, and other “extra” end-of-year activities for school, I feel like he’s gone every other night. And Nora’s preschool class seems to have another field trip every other week. Plus there’s the end of year music program, special family nights, the walk-a-thon, special dress up days, special snack days, and even her preschool graduation later this week.

I won’t lie, we skipped many of these extra things — I figure I get a pass since we just have one child in preschool and many of the activities were later at night or right in the middle of the afternoon. We did make it to the music program, another parent was able to take her to one of the field trips, and we’re excited to go to her “preschool graduation” later this week.

It’s interesting for me… being the wife of a teacher and the mother of a student, I see things from both perspectives. In both cases, I’m excited for summer vacation 🙂 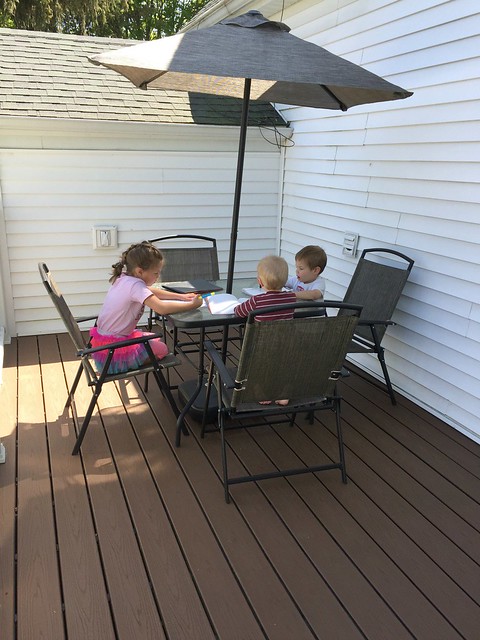 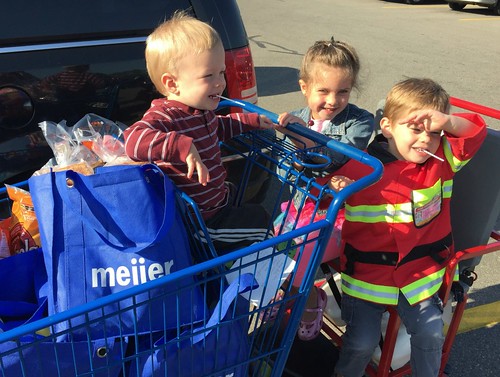 And speaking of summer vacation, we got our first real taste of summer the past couple weeks. We had several days of sun and 80º weather. We broke out the kiddie pool, had dinner on the back deck, and ate lots of popsicles outside. 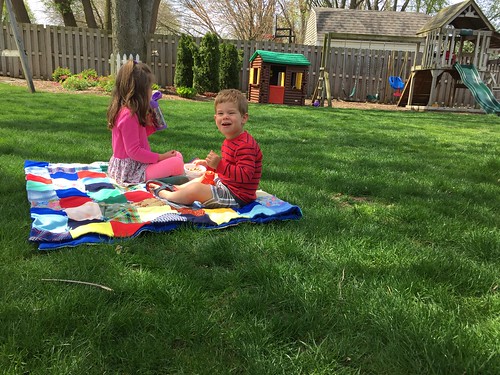 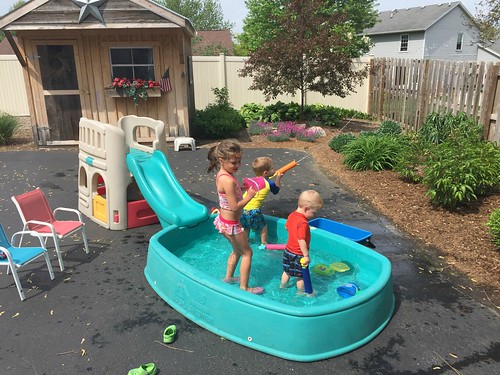 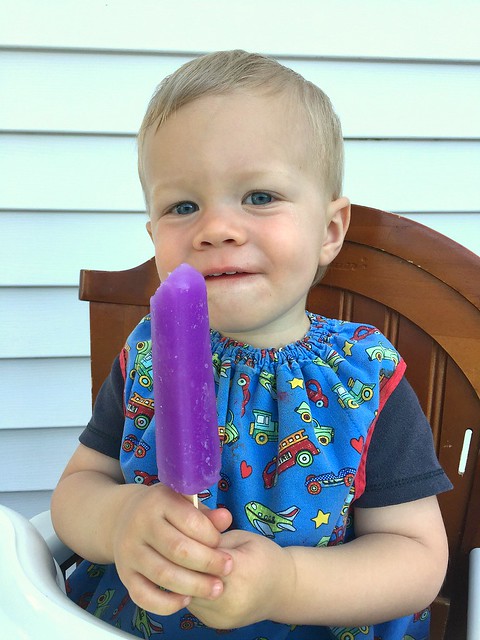 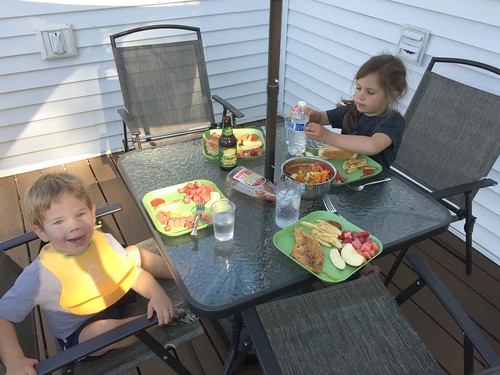 Of course, as to be expected when living in Michigan, it was super cold, rainy, and windy by the end of the week — but we certainly enjoyed our little taste of summer while it lasted! 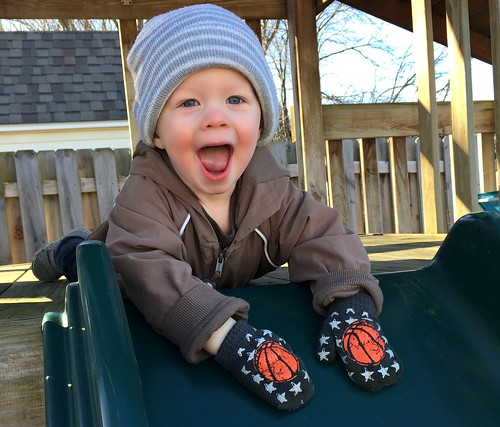 Last week, Nora and I went on a field trip where she got to hold a snake… 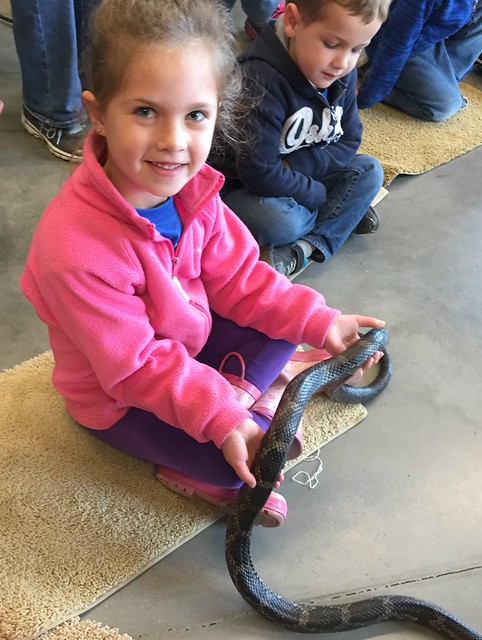 And today is already her very last day of Preschool! They are celebrating with cupcakes on the playground — a perfect treat since today is also her half birthday!

However, just because Nora will be finished with school for the year doesn’t mean she’s done with “school” for the summer. She has already vowed to teach Simon how to write all his numbers and his name by the time she starts Kindergarten in the fall.

She got a school kit for her last birthday and pulls it out almost every single day to have “school” for the boys. She has music class, art class, several worksheets for Simon, and even a snack time. 🙂 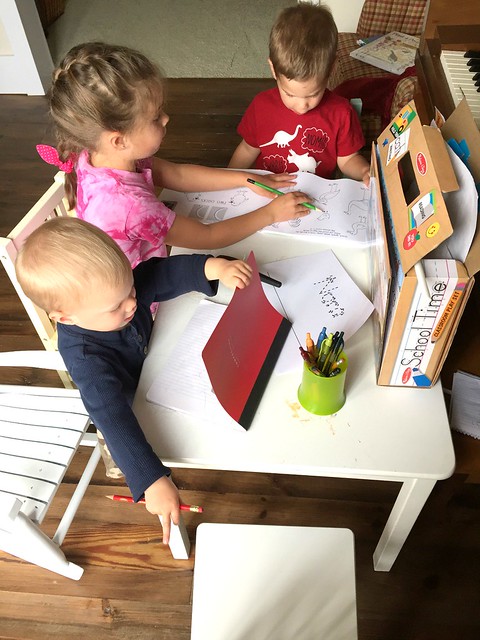 Nora can finally do the monkey bars all by herself — something she’s been working on for well over a year now.

She also got a bigger bike (thank-you thrift store) and can ride so much faster now. I used to be able to keep up with her if I walked REALLY fast, but now she’s way ahead of me the whole time (maybe that just means I’m slower though!) 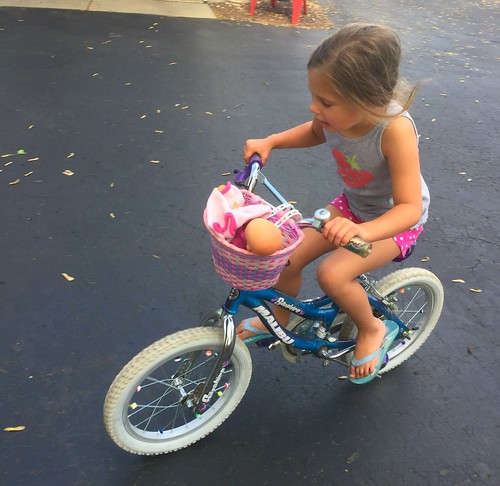 Simon’s most favorite thing to do is “play food”. He tells me every single day that he wants to be a baker when he grows up.

We play kitchen, food, restaurant, chef, whatever he wants to call it that day — either way, ALL our play food is coming out of the play fridge at some point every single day! 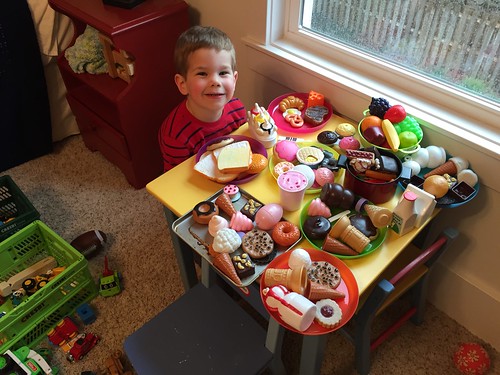 Simon loves being outside — specifically riding his bike while wearing his walkie-talkie, his binoculars, his sunglasses, and his helmet. He says that’s what police officers do — which is his second choice of occupation if the baker thing doesn’t work out. 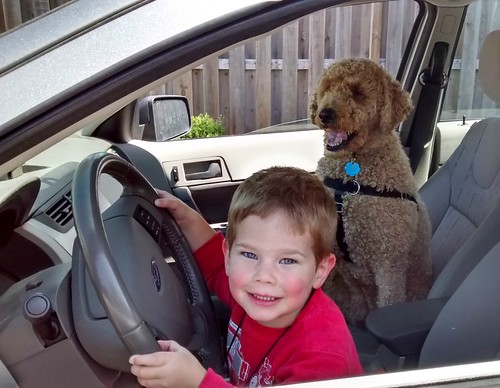 Simon is talking SO well these days… I’m actually sharing more about our experience with speech therapy later this week! 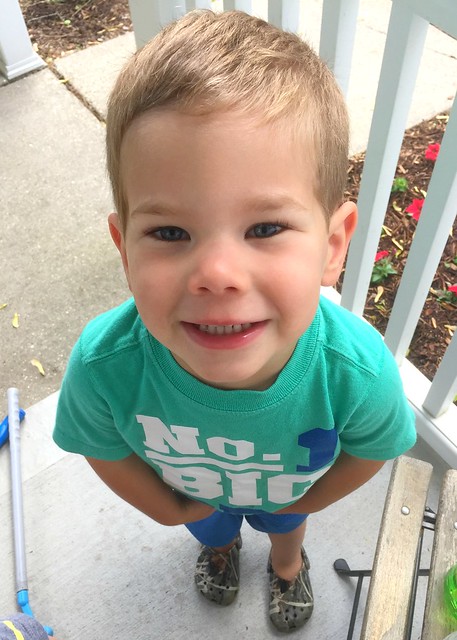 James really is getting “so big” — he’s almost TWO, can you believe it?! 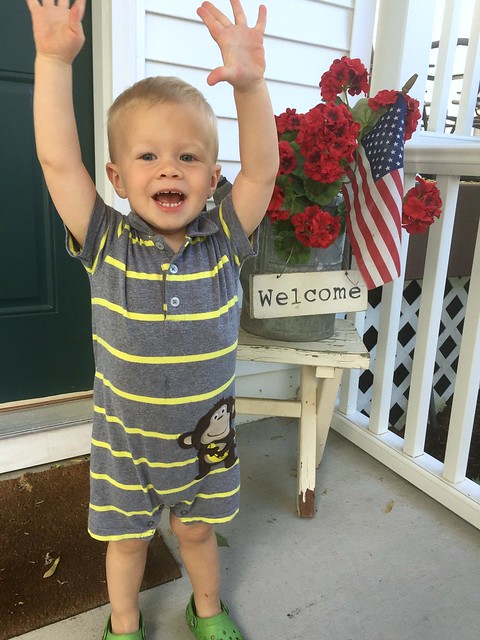 James celebrated 22 months last weekend — and I just so happen to be 22 weeks pregnant last week. Of course, we snapped a picture! 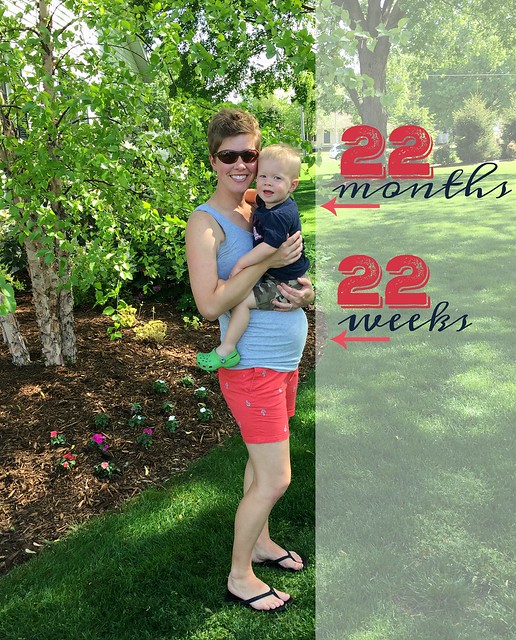 (In case you missed the big news, we’re having a girl!!)

James’ most favorite activity is jumping on the tramp. He calls it the ‘trampy’ and any time I can’t find him, I just walk over to the tramp to find him happily bouncing around by himself.

Also, he will only wear either his winter boots (bootsies) or his Crocs (cwoks). I have no idea why all of my children have been so stubborn with their shoe selection — it certainly can’t be in their genes from either Dave or myself 🙂

James loves singing, and has several songs in his repertoire already! Here’s his most recent recording 🙂

We’ve accomplished SOOOOOO much the past 2 weeks — not only have we made TONS of progress in the upstairs bedroom (thanks to my dad) we’ve also transplanted several perennials and shrubs, spread almost 20 yards of mulch, planted 400 annuals, and powerwashed the deck.

I’ve been outside until dark pretty much every night the past 2 weeks but I want to get as much yard work done now (before it gets too hot and I get too big). 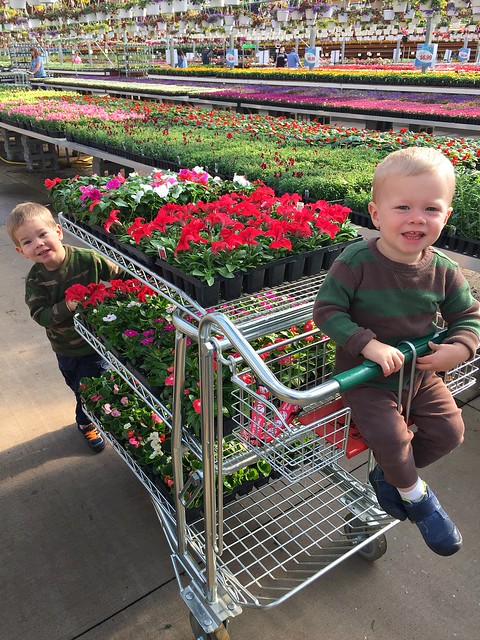 The upstairs bedroom is fully insulated now (we found rags stuffed around the window as the only shred of “insulation” in the entire room!), the new electrical work is done, and even the drywall is hung! 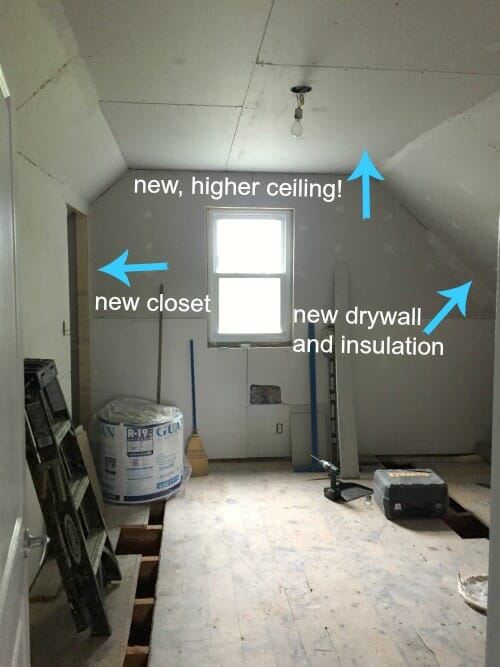 My dad also figured out how to raise the ceiling almost 14 inches — which will be SOOOOOOO nice because now we can install a ceiling fan (the ceilings were hardly even 7 ft before).  In general, I don’t love the look of ceiling fans, but they sure are practical — especially for 2nd-floor bedrooms in old farmhouses!

This bedroom is directly above our living room, so while the carpets were ripped up, we also ripped up several of the floor boards and put can lighting in our living room. 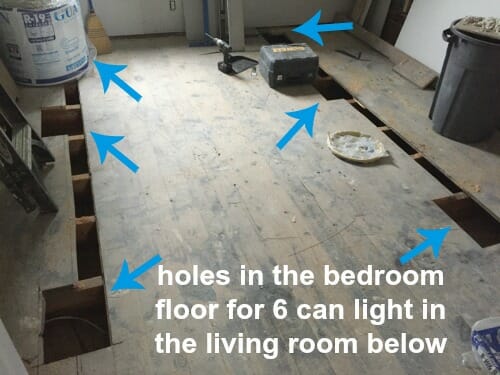 Previously, our living room was always quite dark, and it’s so large that the small lamps around the outside really don’t do much to give a lot of light. We are THRILLED with this new update to our livingroom and glad we could work it into our bedroom project! 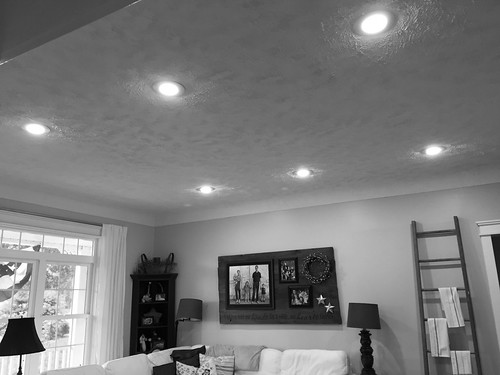 We still have a long way to go and our house still feels like one big construction zone, but we are making tons of progress and are excited to see the finished product (hopefully within the next month!)

What I’m Watching and Reading:

Due to all the house and yard projects, I haven’t made time for any TV, Netflix, or books. I’m falling behind on Call the Midwives, but hope to catch-up online soon! 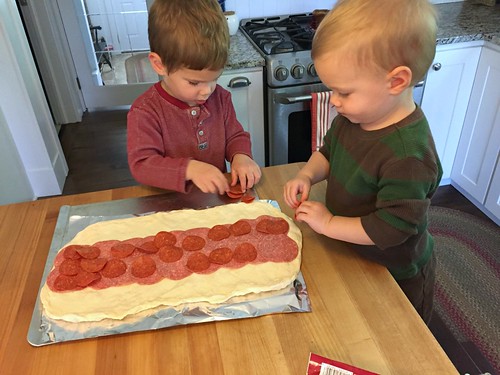 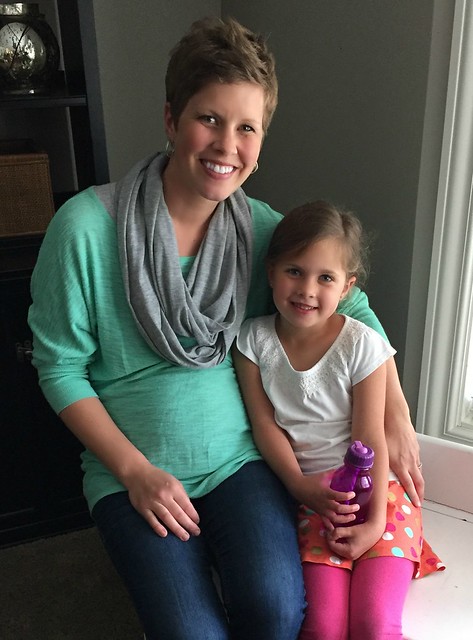 NORA: “Dad, after breakfast, can we give mom her Mother’s Day present?

SIMON: “You mean the flowers?”

NORA: (sobbing) “You weren’t supposed to say anything Simon — it’s a surprise. You just ruined everything — we even talked about this yesterday, you were supposed to keep it a secret!)